People Should Spend Their Money in Local Businesses, Say Advocates

Following more than three months in quarantine, the reopening of poker machines missed the opportunity to address gambling problems in South Australia, according to advocates. South Australia is in phase three from removing the restrictions. The government recently allowed pub openings and the limited number of employers within hotels and bars to be removed as well.

However, this didn’t end well as a small group of demonstrators and former gamblers protested outside a hotel in Adelaide. 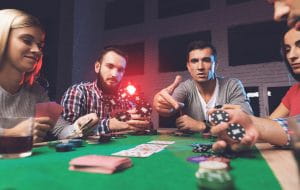 According to the people should be spending their money on local businesses and not at the pockies and therefore, according to them the pockie rooms should have remained locked.

Tim Costello, the spokesman of the organization which is fighting against pockies reopening known as Alliance for Gambling Reform stated that the group had lobbied the State government to reopen reduced-time, $1-based hotel gaming rooms.

He quoted the Gambling Productivity Commission for 2010 which reported that around 40% of the $1 gamblers went to Australian poker machines.

Now, SA poker machines accept $1 coins and have no more than $5 bets.

Because of a late last year reform, notes up to $100 may soon be accepted, although they are depending on new technology that might be soon installed in the pockie rooms.

The Industry Should Thrive for People to Keep Their Jobs

The hospitality industry had over 26,000 workers before COVID-19, General Prosecutor Vickie Chapman explained that they should be mindful of this situation as the industry should operate in order people to be able to keep their jobs.

The government has assured that there are a number of safeguards for problem gamblers including a law, which would make it easier for individuals to be banned from areas indefinitely and automatically upon request.

“In addition, the Government has supported the rollout of Automatic Risk Monitoring, that helps gaming room staff to identify behavior from individuals who may be at risk of gambling-related harm. The Government did not consider any changes to hours regarding gaming machines” – explained her.

Ian Horne, CEO of the Australian Hotel Association SA Branch, noted that big hotels were exploring technologies for facial recognition that will recognize gamblers who were banned and shouldn’t be there. They were doing the exploration during the COVID 19 lockdown.

He also added that there were 10 full-time road officers through Gaming Care and Club Safe who mainly worked with staff at the hotels and clubs to ensure compliance was made especially for people who are struggling with problem gambling.

Further, he explained that those types of checks were not available online, and what they are sure of is that while gaming rooms were not operating, there was a huge increase in money spent on online gambling. Most of that money went in casinos outside Australia while when people gamble in the country, it happens in a regulated manner regardless of whether it is in a hotel, club, or casino.

Pockies in Australia were temporarily shut down in an attempt to avoid further spread of the new coronavirus known as COVID 19 which was declared by WHO in March.