Atlantic City Casinos to Offer Jobs to Local Residents Only

Great news for locals of Atlantic City! Aiming to offer more jobs to locals, the casino industry and the government and labor representatives have decided to stop by employing J-1 visa workers. What’s more, the job training programs for potential employees should start this fall. 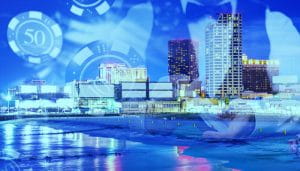 The City and State government, the Casino Association of New Jersey, the casino workers’ union Unite Here Local 54, and the Casino Reinvestment Development Authority will all be active in developing and implementing different training initiatives with the focus on the priority of providing jobs to residents.

The precise number of students and staff in Atlantic City’s nine casinos depends on the year, but those who support the proposal claim that there are at least several hundred positions available for residents.

This year, mayor Marty Small Sr. came earlier to the casino sector and made a promise for town residents at a May Job Fair. However, the lockdown, due to the pandemic, has postponed these plans.

“This further clarifies my administration’s stance with the good people of the City of Atlantic City, working with the casino industry to employ more Atlantic City residents, which is a priority. I’m happy that this is going to happen,” – said the mayor.

According to him, everyone recognizes that the residents of Atlantic City have not been the priority in casino employment, especially not when it comes to middle and upper management positions. He mentioned that it should have done a long time ago, but instead of “finger-pointing,” they will create opportunities.

Casino Association of New Jersey president and Atlantic City regional president for Caesars Entertainment, Steve Callender, also seems to like the idea. He stated that they have always wanted the idea of putting Atlantic City people to work first. He announced that the program would be well thought out and organized.

The Career Training Should Start in September

Bob McDevitt, president of Local 54, said that the parties involved are trying to start a career training plan in September and that they should make it happen before spring.

Most of Atlantic City casino operators today have good ties to the community and the state and, as a result, recognize the industry’s shortcomings in supplying residents with well-paid jobs.

Moreover, Joe Jingoli, co-owner of Hard Rock Hotel & Casino Atlantic City, announced the proposal to the CANJ at the monthly meeting of the industry’s group. According to him, the idea was received warmly from the other casino members. At the same time, the details of the proposal are still being discussed.

He even said that there would be some struggles that should have happened 30 years ago. However, they will have to deal with this now, and they won’t give up until it’s done right.

This is excellent news for the residents of Atlantic City. It means that they will finally receive the opportunity to join the industry. This will indeed improve the economic position of Atlantic City as it will reduce the unemployment rate.