PokerStars PA has hired two new Brand representatives to serve them on online poker streams in Pennsylvania: Keith Becker and Mark Foresta. The Pennsylvania-based couple is just part of a new six-member team selected to represent PokerStars in Europe and the United States, the largest recruitment wave in 2 years. 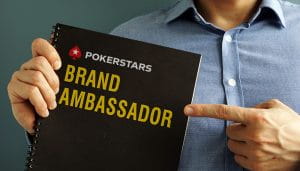 The step shows that after several years of downsizing its team of Representatives, PokerStars wants to grow its profile in the United States. After several terminations over the past two years, Jennifer Shahade has become the only United States ambassador on the PokerStars books. Foresta uses the name NaigoPA on the platform, and Becker uses whoopsboom for identification.

Notably, PokerStars has signed a contract with 2 players from Pennsylvania. PokerStars PA has owned supremacy in the state for almost a year and a half, but it is expected to shift quickly.

Pennsylvania is the biggest organizer in the live marketplace in the United States, and more traders are looking to participate. The WSOP PA will air daily and is expected to soon follow by a Partypoker.

The selection of Becker and Foresta proves that PokerStars is fully aware of the upcoming competition and will be the first to get hit back. The Pennsylvania duo would not have to settle for long. The PASCOOP is coming and will keep you entertained for weeks to come.

All the Changes in the Field of Online Poker

The new list divides into two categories: aspiring streamers and established professionals. Both Becker and Foresta are in the first group. It indicates that PokerStars may want to attract the attention of the younger generation as it extends its online activities in the United States.

The PA Streamers were quick to show their enthusiasm, appreciation, and considerable surprise on the social media platforms. Foresta said in his tweet, Thanks for the kind welcome! He expects that he will never awake from this dream.

Becker said in his tweet that he is very excited to join PokerStars. According to him, it will be a crazy trip and is about becoming crazier.

A New Route for a Stalwart Operator

PokerStars presently has fifteen brand representatives. The old-school pros who left their mark on the live arena have usually been changed when the young poker followers find the game on YouTube and Twitch.

Big names like Liv Boeree, Barry Greenstein, Chris Moneymaker, and Daniel Negreanu have quit the group in recent years; it was sure we were watching the conclusion of an age.

The US market is growing, and business disruptors such as GG Poker have challenged the supremacy of the Red Spade brand for a decade. A new chapter is coming in the history of PokerStars.

Becker and Foresta’s first main deal will promote the PASCOOP Championship. The leading Championship is coming for the second time since 2020’s complete victory, and streamer fans will follow their luck on Twitch.

PASCOOP event offers two million dollars. However, when it comes to the recent success of MICOOP, PokerStars will surpass that number. The series will conclude with a two-day 300 dollars Main Event, running from April 17 to May 3.