Shaw Had Placed Bets on some NFL Matches

Josh Shaw, a player of Arizona Cardinals, is officially suspended on an indefinite time during the season 2020. The National Football League made this decision after the findings that the player was wagering on pro football games and as a result that became the first player to be punished in the last 40 years. 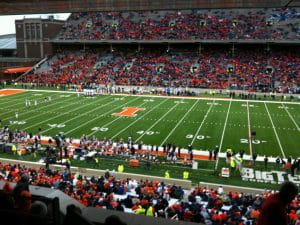 The investigation that was made by the NFL found that Shaw had placed bets on multiple NFL matches during this season. However, he did not have benefit from the information that he had from the inside of the NFL and was not found that any match was compromised. On the bottom line, the investigation claims that no other staff such as coaches or other players were involved.

An NFL spokesman refused to say whether Shaw wagered on Cardinals games, how much he wagered, or where he wagered. He argued that such details are irrelevant to the wider issues that his misconduct has raised.

Shaw May Petition For Suspension Removal in 2021

Roger Goodell, commissioner of NFL explained that the continued success of the NFL is related to everyone involved in the NFL following the rules in order to protect the integrity of the game and the reputations of all the participants.

“At the core of this responsibility is the longstanding principle that betting on NFL games, or on any element of a game, puts at risk the integrity of the game, damages public confidence in the NFL, and is forbidden under all circumstances.” – added him in the statement of NFL regarding the suspension of Shaw.

The NFL also decided that Shaw may petition for the removal of the suspension on or after February 2021. In addition, the player has three days to file a notice appealing his suspension. Shaw signed a yearly contract of $895,000 with the Cardinals in March this year while previously he was part of the teams of Tampa Bay Buccaneers, The Kansas City Chiefs, and the Cincinnati Bengals. The NFL player injured his shoulder the team’s preseason opener and was placed on injured reserve just a few months ago.

Other NFL Players Have Been Suspended Previously

Former NFL commissioner Pete Rozelle expelled two of the game’s biggest stars, Detroit Lions ‘ Alex Karras and Green Bay Packers ‘ Paul Hornung, for football betting in 1963. The same punishment was received by Baltimore Colts quarterback Art Schlichter in 1983. The league eventually restored Karras, Hornung, and Schlichter, although Schlichter serves a jail sentence on charges of fraud. Hornung is at the Hall of Fame of the NFL.

The U.S. Supreme Court ruled in 2018 as unconstitutional an effective ban on professional betting. The NFL and other sports leagues have long argued that they would be affected by wagering on players. The NFL has changed its stance over the past few years. The Oakland Raiders plan to move next year to the Las Vegas gambling mecca, where a $1.5 billion stadium is being built.

At the current moment, 13 of the states in the United States have legally regulated sports the betting industry while another 6 could join them in the near future.