Fans of the Oscars are now able to place bets on their favorite nominee in New Jersey. 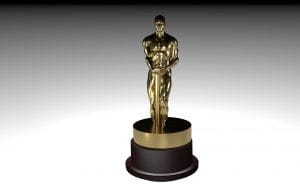 The 92nd Oscars will be presented at the Hollywood & Highland Center Dolby Theatre on Sunday, Feb. 9. The event will be broadcast live in the US at 8 p.m. on ABC. The Academy Awards are supported by the Picture Arts and Sciences Academy of Motion and are generally regarded as the most reputable awards for artistic achievement and technical excellence in the film industry.

Odds for The Academy Awards were available in New Jersey last year, introducing American bettors to the “special” no-sport events markets, which are incredibly popular in Europe. Gaming Enforcement Division of the state mentioned it was for a year but could be renewed at the time.

Nevertheless, sportsbooks still don’t allow betting on the elections in the country like they do in other countries. With the announcement of odds three weeks ahead of the awards show, there is a risk that other regulatory state gaming bodies will enable Oscars betting.

Joaquin Phoenix and Renee Zellweger are both big favorites in their respective categories to earn top honors. Phoenix made an appearance in the American psychological thriller “Joker” produced and directed by Todd Phillips, which revolved around the most widely known DC Comics character – Batman’s arch-enemy.

Zellweger played the character of American singer and actress Judy Garland in “Judy,” a biographical drama. Garland is the pop culture phenomenon best known for playing Dorothy’s role in the 1939 “The Wizard of Oz” adaptation, as well as many other roles.

Betting markets appreciate both of those chances. Phoenix is-2500 next month to take home the top honor, while Zellweger is -2000. Phoenix was selected to an Oscar four times yet never managed to win. Zellweger earlier won an academy award for her role in the film “Cold Mountain” in 2004 in the category of Best Supporting Actress.

Moreover, 53 movies started to receive 124 nominations at the 92nd Academy Awards, led by “Joker” with 11 nominations, and “The Irishman,” “1917” and “Once Upon a Time in Hollywood” each with 10 nominations. “The Irishman” is Martin Scorsese’s American epic crime film.

Best Picture pick is the war movie “1917” directed by Sam Mendes at -167, followed by a South Korean dark comedy thriller by Bong Joon-ho. Nevertheless, the biggest favorite on the board is “Parasite” in the category of Best International Feature Film at -10000.

More About Betting in New Jersey

Betting in New Jersey was legalized in June 2018 when Governor Phil Murphy signed Assembly 4111. That was made possible after the Supreme Court struck down a federal law banning sports betting and with that opened the possibility every state to make a choice by itself whether it wants to legalize sports betting or not.

Nevertheless, New Jersey is the first state in the country to make possible betting on the most prominent movie awards event – the Oscars. In addition, the state seems to go strong on the gambling and betting market and even is considered to be one of the most robust markets in the US.