Sportito and Dynamic Suspended Due to GAMSTOP Failure

Two British online gaming companies have withheld their licenses for not properly implementing the GAMSTOP self-exclusion feature on their websites. 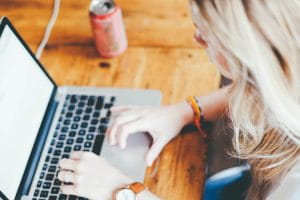 The UK Gambling Commission (UKGC) reported on Friday that the licenses owned by daily fantasy sports provider Sportito and Dynamic, which is known under the secondary sports betting name Prophet, will be automatically suspended. Both companies were reported to breach the January order issued by the UKGC that all online operators incorporate GAMSTOP into their bid by the end of March.

The UKGC specified that the suspension of Sportito’s license was already removed after the operator met the integration order. Nevertheless, the UKGC has started evaluating the competency of both companies to proceed as a UK-approved online operator and the belated incorporation of Sportito’s GAMSTOP will not postpone the review.

UKGC Is Ready to Use Their Resources to Protect Gambling Customers

Neil McArthur, who is the CEO of UKGC, explained that the regulator was forced to intervene because the operators had not reached the deadline, which put vulnerable customers at risk.  He also added that UKGC licensees would understand that the UKGC is ready and eager to use their resources to protect customers.

The UKGC has given multiple notices to its online licensees not to exploit the current situation of the pandemic which forced UK workers to stay at home and are more vulnerable to online gambling.

GAMSTOP CEO Fiona Palmer released a statement advising vulnerable gamblers to use their free self-exclusion services in which consumers can opt to block access to all British-licensed sites for a span of between six months to five years.

GAMSTOP, which was established 2 years ago, was used by more than 130k gamblers, about three-quarters of whom opted for a five-year ban. According to UKGC results, about 42% of GAMSTOP users are aged 25-34, the group most likely to show gambling problem behavior.

In January, marketing associates were detected to be using Google’s AdWords site for some suspicious Curacao-licensed online casinos by using GAMSTOP keywords to support methods by which self-excluded gamblers could hack the blocking system.

People Are Now More Vulnerable to Gambling Addiction Due to Quarantine

Due to the current pandemic of COVID 19 people from all around the UK have started working from home which makes them even more vulnerable to possible gambling harm as they will be spending more time on the internet without any supervision. Thus, the UKGC has warned the gambling operators to not take advantage of this situation that might last even for months as the cure of the new coronavirus is nowhere to be seen while, on the other hand, more and more people around the world are being infected every single day. COVID 19 is believed to first have appeared in November 2019 in the Chinese city Wuhan.