British sports betting and casino companies are calling on the government to help counter the cancelation of all British sporting facilities and the postponement of the football tournament Euro 2020. Betting companies experienced a double-whammy on Tuesday with the announcement that after consultation with all 55 national football federations, UEFA has voted to delay the Euro 2020 football competition until mid-2021. The decision has been made to avoid further transmission of the COVID-19 coronavirus and to ensure completion of the football league seasons for individual nations, most of which have already been postponed amid fears over coronavirus. 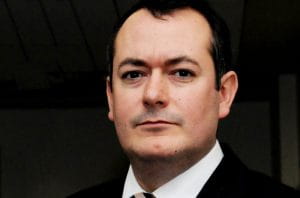 The British Horseracing Authority (BHA) also declared on Tuesday that it had formally halted all racing in Britain until the end of April. BHA chief Nick Rust stated that the current situation is a global disaster like the one most of us have never experienced and  that the BHA’s  first responsibility is to the public safety, their clients and the athletes and staff in the racing industry.” BHA had recently announced that racing would take place’ behind closed doors’ to avoid further transmission of the virus while the two planned race meeting at Wetherby and Taunton will go as planned.

One of very few available bookmaker football choices was the Russian Premier League, but this possibility was withdrawn from the board on Tuesday after the leagues revealed that they had decided to cancel all pro-football, basketball and hockey tournaments until April 10.

BGC Has Released a Statement for Temporary Government Funding

In spite of numerous virus-related situations, several big UK gaming companies released announcements on Monday about the possible effects on their earnings for 2020. GVC Holdings released another statement Tuesday saying UK race closure would decrease its earnings by an estimated £ 20m-£25 million a month.

The situation has prompted the UK’s Betting and Gaming Council (BGC) to release a statement requesting for temporary government funding to help meet payroll expenses, compensation and time to pay duties and taxes, as well as access to finance to counter the drastic decrease in consumer demand at betting shops and casinos. The BGC also calls on UK banks to postpone interest rates and offer holidays on repayments.

Dugher Says Insurance Doesn’t Cover the Impact of a Pandemic

The BGC stated that due to their betting calendar now being empty, internet operators also need help. Michael Dugher, CEO of BGC, stated that the insurance policy does not cover the impact of the pandemic which is why the government needs to help them out.

“We urgently need temporary government support to help cover payroll costs, relief and time to pay duties and taxes, as well as access to finance. Treasury in particular needs to step up and understand that insurance simply doesn’t cover the impact of a pandemic” – were Dugher exact words.

The BGC has outlined political policy in other countries to help protect employment. In Spain, emergency financial assistance is given where 70% of the workforce is supported by political, while France has launched a program to raise €300 billion in loans to fund companies.

Daughter explained that this is a national emergency and therefore the Treasure can’t abandon employees involved in industries like hospitality, leisure, and entertainment.