Sports betting is slowly taking over the United States and not even the pandemic has slowed this process down for some of the states. However, that wasn’t the case with California. At their Tuesday hearing, the Senate Appropriations Committee transferred the California Sports Wagering and Consumer Protection Act that should allow mobile and land-based sports betting at horse racetracks and tribal casinos in the state to the Suspense File. 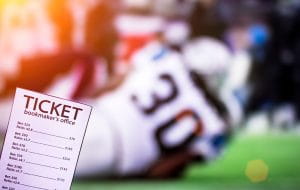 For that purpose, Constitutional Amendment 6 would be expected to vote on June 18 at the committee’s Suspense Hearing. This next legislative process follows a 9-3 vote by SCA 6 through the California Senate Governmental Organization Committee 2 June.

Various professional sports leagues endorse SCA 6 and consider it to be a top priority as according to them it is necessary to protect consumers and the integrity of sporting events. Additionally, they have stated that legal sports betting will finally solve existing unregulated sports games on offshore sites that do not make a contribution to tax revenue.

Legal sports gambling in California is growing in popularity because, in response to COVID-19, it could generate millions of dollars in revenue and help alleviate some of California’s $54 billion debt and future budget cuts

The tribes said the projected revenue was exaggerated and ignored a changed betting climate caused by COVID-19.

Several California tribes oppose the bill for cardroom concessions and online wagering that could result in limited regulations and foot traffic at tribal casinos.

A number of people advocated for the tribes when opposition calls poured in during Tuesday’s Senate Appropriations Committee meeting.

The lockdown and the measures taken during the outbreak of COVID-19 have stopped tribes from gathering public signatures for their own sports betting proposal and are now suing California and requesting a deadline extension for their petition.

According to AGA, California is one of the 16 states with current legislation. SCA 6 also needs a two-thirds majority in the House and Senate, with a November ballot deadline of 25 June.

Tribes Invested $7 Million for the Petition

Previously, tribal groups behind the proposal were planning to file a lawsuit to prolong their deadline to get signatures for November ‘s election. The 2020 deadline may also become part of the situation.

The signatures from this election cycle qualify for the 2022 ballot only if submitted by July 20. Anything other than that, for the next election, petitioners must start the signature-gathering process from scratch. According to the complaint, petitioners invested $7 million gathering those signatures.

Previously, Mejia ‘s petition left for signatures last week as COVID-19 measures loosened across the capital. The coalition aims 1,6 million signatures to ensure that the legal signing requirement is met.