The Senate Voted North Carolina Gaming Commission Not To Concur

North Carolina Gaming Commission bill was delayed once again just a few days ago. After a Senate committee voted not to concur following a House amendment, it remains in the General Assembly. The Republican and one of the bill’s major champions, Harry Warren, requested Senate Judiciary Committee not to concur with the bill. What Warren told the Senators was that the bill would further burden overworked ALE agents and additional staffing requirements need to be considered. 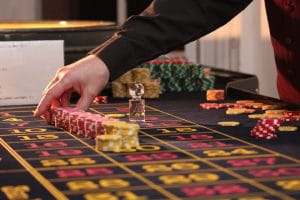 Therefore, the chances that now the bill will go to a conference committee are quite high. In case that occurs gaming commission proponents hope legislators would have a chance to take a closer look at a months-long stalemate.

With a purpose to keep the bill alive, a few lawmakers will meet each other in an attempt to solve concerns over ALE which at the moment under the current bill will have law enforcement authority on premises under the purview of the new gaming commission.

This is considered to be the latest step before the bill is finally approved and a significant change is made in the gaming industry in the state of North Carolina.

Citizens of North Carolina Do Not Like This Measure

Anti-gambling people have been actively pushing this measure because it would require a presentation of the report to the General Assembly regarding the possibility of sports betting expansion as well as other types of gambling services.

In fact, despite a few other versions of the bill have passed the House and Senate in which the two opposed parties have found common ground through compromise, many lawmakers are still skeptical due to the fact that North Carolina is known for a state historically opposed to gaming. In fact, the negotiations regarding this measure were relatively unsuccessful because North Carolina is still highly influenced by religious and conservative groups who are strongly opposed to the gambling industry.

Warren Daniel, Senate Judiciary Co-Chair, expressed his fear that there is not enough time to go through the Senate process before adjournment.

He stated that “I appreciate all the esteemed committees it went through in the House, but I really think an earth-shattering bill like this that changes the way gaming is going to be approached in our state should never come over in a bill for us to just concur in terms of process when we’re here just trying to close out the session.” Daniel is not hiding that he is not pro-gambling expansion, he believes that social scientists should first study how much people divert their rent or food or clothes money to gambling activities.

The Senate will give another look at the bill and in case there are any concerns, they are supposed to refer to their conferees so they can address them.

North Carolina is one of the states where sports betting passed the legislature this year, however, the gaming commission bill was delayed once again after the Senate made the decision not to concur after a House amendment. This is a months-long stalemate situation where the gambling industry and the Senate seem to cannot come to an agreement.