Hundreds of millions of pounds of investments in betting companies have fallen in price after the industry regulator announced that it would consider cutting the maximum possible stake in online casino games to £2. 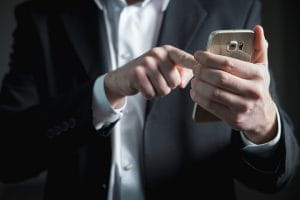 Neil McArthur, the CEO of the British Gambling Commission told a cross parliamentary group of MPs (APPG), which is in charge of the investigation about the harm caused by betting, that they will take into consideration their suggestion to cut stakes over the next six months.

When markets discovered his remarks a sell-off was staged by investors in bookmakers and online casino firms. William Hill fell by almost 8%, while Ladbrokes Coral’s owner, GVC, and Playtech’s gambling software company both fell by 7%. Opponents like Flutter and 888 were down in lower amounts. Moreover, the stock market valuation of British gaming companies fell by more than £ 500 million.

“We said last October that we would be looking at online stake limits as part of our ongoing work to reduce the risks of gambling-related harm. This work is in addition to us focusing on VIP practices, advertising technology, and game design. We will publish our assessment and next steps for online stakes and further protections later this year”– stated the Gambling Commission’s spokesperson.

Following that, McArthur devoted himself to take a look at the online stakes during the season of evidence along with the increasingly influential all-party parliamentary group on gambling harm. In fact, the all-party parliamentary group on gambling harm was crucial in gaining cross-party support for restrictions of similar type on fixed-odds betting terminals that ended up with maximum stakes on the machines being reduced from £100 to £2.

The Government Promised To Review the Gambling Act of 2005

The curbs led to a ban on the devices that have been blamed for tempting gambling addicts. Moreover, the collapse in share prices a few days ago was the second time the interference by the APPG has resulted in hundreds of millions being taken off the stock market valuation of the British gambling industry.

This loss of almost £ 1.2 billion in November comes after the Guardian announced that MPs had proposed tight curbs to the market on online casino games worth more than £ 2 billion a year. The administration stated that it will review the Gambling Act of 2005, introduced under the Labor administration of Tony Blair, in the face of growing industry concern over gambling addiction and transgressions.

Gambling Addiction is a Raising Issue

More focus has been placed on issues like the effect of the volume of gambling advertising on kids and vulnerable groups, the industry’s connections to football and the use of problematic VIP strategies to offer benefits to players who lost.

Considering all these factors it is no wonder that the industry regulated has promised to take into consideration to slash the maximum stake allowed on online casinos and reduce it to £2. The gambling addiction is becoming a rising problem not only in the UK but in many other countries worldwide, therefore, many of them are trying to deal with it the best way possible.