For over 15 years, the World Series Of Poker and the Rio All-Suite Hotel and Casino have been an essential duo, and even in 2021, when the WSOP returns live, the location will always be the same. From next year, however, things could change. 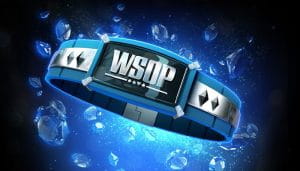 2022 could be the year the World Series moves to Bally’s and Paris, two other Caesars-owned casinos on the Las Vegas strip, but there hasn’t been official confirmation from the organization yet.

How many times, even recently, have we heard rumors of a WSOP farewell at Rio Hotel, the house that has hosted the World Series of Poker for over three decades now? This time, however, there is some more concrete clue than the usual rumors.

And the fact that Ty Stewart, executive director of the WSOP, has entrenched himself behind the most classic of “no comments” on the subject; suggests that, perhaps, they are finally here. Will the WSOP 2021 be the last at the Rio All-Suite Hotel & Casino?

The Stone in The Pond

To throw, more or less consciously, the classic stone in the pond was a post published by the Facebook page of the Valley National 8-Ball League Association, or VNEA, a tournament organizer active in billiards.

A Facebook post from VNEA, one of the largest amateur pool leagues in the world, announced the league’s move from Bally’s to Westgate starting in 2022, as “the World Series of Poker (WSOP) will move from Rio to Bally’s / Paris from 2022 onwards”.

The VNEA organizes the World Pool Championship every year in Las Vegas in the last week of May, an event that attracts around 6,000 people.

The news immediately bounced on social networks, with the user Andy Hughes who immediately relaunched the VNEA press release:

The Sale of The Rio Hotel

The Rio Hotel, which we remember has hosted the World Series of Poker since 2005, was sold in September 2019 to an investment company. Ever since the news went public, there have been persistent rumors about the future of the WSOP, even more, insistent than usual.

Many thought that the World Poker Championship would eventually move to the brand new Caesars Convention Center, and instead, it seems that the new home of the WSOP will be one between Bally’s and Paris in Las Vegas. Or maybe both?

WSOP Does Not Fold but Doubles

Yes, because the two properties, which belong to the Caesars Entertainment group (itself parent company of the WSOP), are “neighbors” on the Strip. The Paris spans over 13,000 square meters of space, including a massive, nearly 8,000-foot pillar less room – making it ideal for hosting the poker tables.

Bally’s is even bigger, as it has more than 16,000 square meters of space, of which about 4,000 are in Bally’s Event Center and as many in the hall known as the Grand Ballroom.

The fact that there is a corridor connecting the two properties suggests that the WSOP 2022 could be played not in one but in two adjacent casinos.