The UK gambling industry is again facing one of the hardest challenges after more than 28 million teens get exposed to gambling. This is after their student data was unlawfully unveiled to gambling firms. The region has been working diligently on protecting the children from exposure to online gambling. In the recent past, stringent regulations have been proposed against companies that expose children and minors to gambling. 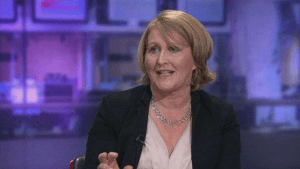 Anne Longfield, the Children’s Commissioner for England, is “shocked” about a reported data breach involving the names and addresses of millions of UK teenagers © Channel 4

The countries affected by the breach are Wales, England, and Northern Ireland. The data released included names, addresses, phone numbers, and email addresses. Betting firms took advantage of the situation and lured these minors to their betting sites. The breach targeted the UK’s Learner Record Service, which is a regional data center with joint information on all academic progress of all learners in the UK. The data is primarily used to gauge student performance and eligibility for funding.

According to reports from City A.M, the Uk Department of Education blamed the third party for the breach. It further reported that the department denied sharing the information with gambling firms. Additionally, the department took action by shutting down the site to pave the way for investigation. The latest reports point fingers at GB Group, a data intelligence firm that had unauthorized access to the site. GB Group then passed the data to its users most being betting companies such as 32 Red and Betfair, according to the report by City A.M.

Additional intelligence also reveals that Trust Systems Software was used to access the Learner Record Service website. However, it is still unclear if Trust System Software gave GB Group access to LRS. Trust Systems has denied the allegations of it granting GB Group access to LRS stating that they “placed the highest possible premium” on the lawful use of data, In a statement released to the media, GB Group said, “We can confirm that we use the Learning Records Service dataset via a third party. We take claims of this nature very seriously, and, depending on the results of our review, we will take appropriate action.

The breach came to limelight after the report surfaced on Sunday Times publication. According to the Sunday Times, the children’s commissioner for England could not hide her shock during an interview. She said: “I am very shocked to learn that data has been handed over in this way.”

The news comes as the UK seeks to strengthen the prevention of children’s exposure to inappropriate information online, with its latest step being the rollout of the Age Appropriate Design Code released on Wednesday for Online Gaming sites, social media and streaming services used by children.

New Jersey Permits Oscars Betting, Who Are You Betting On?

The people of New Jersey will get a chance to wager on their favorite nominees after the state gave the green light to gamble on the Oscars outcome. The DraftKings, a popular sportsbook at Resort Casino in Atlantic City, was the first to set out gambling lines after the New Jersey Division of Gambling Enforcement (DGE) approved the request to roll out odds.

Among the favorites for the Best Picture award category are Once Upon a Time in Holywood at (+160), featuring the charming Leonardo De Caprio, 1917 at (+200), Parasite (+450), Joker (+800) and the Irishman (+1600) seals the top five list. Marriage story, Jojo rabbit, and Little women are among the top contenders. For the newbies, the odds represent the outcome if you place a $100 bet. For instance, if you wager $100 for the Joker, you will get a return of $800 if the Joker wins. The odds are bound to change from time to time.