Trump Plaza Will Be Brought Down on January 29

Most of Atlantic City’s Trump Plaza is set to be demolished on January 29, only 10 days after President-elect Joe Biden should officially enter the White House. 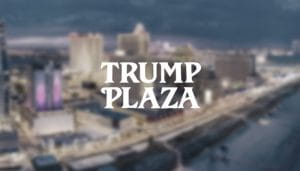 After September 2014, the closed casino resort on the Boardwalk has been empty. In January 2016, when President Donald Trump purchased the bankrupt Trump Entertainment Resorts, Billionaire Carl Icahn took ownership of the property.

Local authorities found Trump Plaza a public safety threat, and while Icahn has repeatedly vowed to dismantle the hotel system, there has been no concern for the corporate raider worth an estimated $15 billion. The city revealed the January 29 implosion date in early September, however, and now  Trump non-supporters have stated that “there’s something poetic” about the removal of the building coinciding with Trump leaving the Oval Office.

In the days after the Associated Press proclaimed Biden the 2020 presidential election victor, images, and photographs of individuals partying outside the fenced-off Trump Plaza were posted on social media.

Trump Plaza was co-founded by Donald Trump and Harrah’s in 1984. Two years later, Trump took sole ownership of the casino for $70 million following a dispute between the two founders.

The implosion of the casino is anticipated to cost Icahn as much as $10 million despite that it isn’t being eliminated entirely.   Located on about 12 acres, the implosion would pull down the original building and 39-floor hotel of the casino.

Trump’s non-supporters are relating the imminent implosion of Trump Plaza to the reluctance of Trump to acknowledge the outcome of the 2020 election.

In 2009, after the company’s most recent bankruptcy, Donald Trump left Trump Entertainment Resorts. He authorized his name to be used in return for a five percent share of income at the company’s casinos. In 2016, Icahn closed the Taj Mahal in Atlantic City, the closing of the last casino founded by President Trump.

Another fun fact about Trump Plaza was that it was used by Hilary Clinton in 2016 during her campaign for president of the United States where her major competition was exactly President Trump. During that occasion, she made the following statement:  “What he did here in Atlantic City is exactly what he will do if he wins in November. How can anybody lose money running a casino?”

However, despite that Donald Trump did win the US presidency back in 2016, he indeed is considered to be one of the most controversial US presidents because of its eccentric character. This year the citizens of the United States made a different decision and did not elect President Trump to lead the country for another four years.

President Trump is still refusing to accept the results of the election and has stated that he will take legal action against some of the states for and helping his opponent to win the election. On the other hand, Joe Biden has already been celebrated as the next US president by his supporters and the media regardless of the outcome of President Trump’s threats to not leave the White House.