The following are the best daily fantasy running back plays for week 16 of the NFL season. 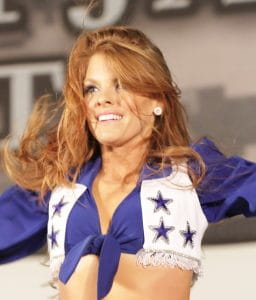 The Dallas Cowboys rewarded Ezekiel Elliot with a contract extension paying him to be a workhorse running back and he’s performed like one. Last week against the Los Angeles Rams, he rushed for 117 yards and two touchdowns.

He’s been an elite fantasy running back all season and that shouldn’t change in week 16 against the Philadelphia Eagles. The Eagles and Cowboys are battling for the NFC East title and the Cowboys dominated their first matchup this season. Elliot played a major role in that victory with 111 rushing yards and a touchdown. It’s safe to expect more of the same from him.

Christian McCaffrey has been one of the few bright spots for the Carolina Panthers this season. They lost quarterback Cam Newton for the season to injury and also fired head coach Ron Rivera. The Panthers have now lost six games in a row but that’s not McCaffrey’s doing.

Last week against the Seattle Seahawks McCaffrey rushed for 87 yards and two touchdowns. He’s been the highest scoring fantasy running back for the season and it should continue against the Indianapolis Colts, who in week 15 appeared as if they’ve given up on their season. They fell to the New Orleans Saints by a score of 34-7 and only scored after the Saints had removed many of their starters late in the game.

Saquon Barkley appears fully healthy and had his best game of the season in week 15. Against the Miami Dolphins he produced 112 rushing yards and two touchdowns. While Eli Manning is certainly near the end of his career, it’s possible that his reinsertion to the lineup helps Barkley.

In week 16, the Giants will be facing the Washington Redskins who’ve struggled to defend running backs, and pretty much everyone all season. Last week they allowed 122 rushing yards and a touchdown to Eagles’ rookie Miles Sanders. The Redskins have allowed the 7th-most fantasy points to running backs so Barkley should have another big day.

Chris Carson is the first rushing option on one of the league’s most run-heavy teams. Backup Rashad Penny began to take away from Carson’s workload until he suffered an injury which landed him on injured reserve. Now the Seahawks’ backfield is all Carson’s.

The beneficiary of volume in addition to his talent enabled Carson to rush for 133 yards and two touchdowns in week 15 against the Carolina Panthers. He gets another sweet matchup in week 16 against the Arizona Cardinals, who’ve allowed the 9th-most fantasy points to running backs this season. Additionally, the Cardinals recently waived veteran linebacker Terrell Suggs allowing the 37 year-old to sign with a playoff contender. The Seahawks should have an even easier time running the ball in his absence.

Joe Mixon has had a disappointing season from a fantasy perspective, that is if you don’t include his last two games. Against the Cleveland Browns he rushed for 146 yards and a touchdown then followed that up with 136 rushing yards against the New England Patriots who statistically have the best defense in the NFL.

In week 16, Mixon faces the lowly Miami Dolphins who’ve allowed the 6th-most fantasy points to running backs this season. Mixon shouldn’t have any trouble continuing his hot streak against them.