The UK to Ban Gambling on Credit Cards

Gamblers in the UK are to be banned from placing Bets on credits cards in an effort to curb gambling addiction. The ban will be effective from April 14th according to the report released by the Gambling Commission and the National government. According to statistical data, over 24 million British adults gamble and half of them do so online. Of these online gamblers, 22% use credits cards and are identified as problem gamblers. 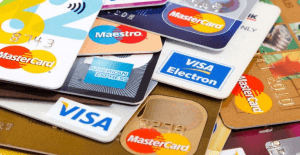 “Credit card gambling can lead to significant financial harm. The ban that we have announced today should minimize the risks of harm to consumers from gambling with money they do not have.”

“We also know that there are examples of consumers who have accumulated tens of thousands of pounds of debt through gambling because of credit card availability.”

“There is also evidence that the fees charged by credit cards can exacerbate the situation because the consumer can try to chase losses to a greater extent.”

“Whilst millions gamble responsibly, I have also met people whose lives have been turned upside down by gambling addiction.

“There is clear evidence of harm from consumers betting with money they do not have, so it is absolutely right that we act decisively to protect them.”

Chris Murphy narrates how he struggled with gambling addiction

For more than 10 years he lost all hope of ever making a full recovery.

“There have been times when I’ve been gambling-free for months, and then borrowed some money from say a payday loan site or a credit card, and woke up the next day having lost all my money and created a few thousand pound worth of debt.”

“It made me feel like I would never get free,” Murphy said:

The ban affects all online and offline gambling products except lotteries bought in the supermarkets and newsagents. However, lotteries will have to be purchased together with other items for one to pay using credits cards.

Brigit Simmons, the chairperson of BCG

“We will implement a ban on credit cards which adds to measures such as age verification, markers of harm and affordability checks, additional funding for research, education and treatment and new codes of conduct to protect the consumer.”

Safer Online Gambling group also swung in the support to the new ban stating that it will boost the efforts of making the gambling industry safe for adults.

However quick to point out that the ban is not a silver bullet to solving a gambling addiction problem.

“Credit card ban is not a silver bullet to solve the problem as the gambling industry still needs to improve in many areas – for instance, performing better affordability checks on players and being more careful with its advertising”

Firms have 3 months to prepare for this new regulation as it will become effective on 14th April 2020.