A Survey Shows Gambling Has Decreased

Gambling in the UK seems to be in a decrease in terms of the number of gamblers, claims the UK Gambling Commission. They based those findings on a survey that includes 8,713 people. YouGov, a market research company, and the Commission performed a four-part survey, each containing between 2,100-2,400 interviewees. Every part of the survey was carried out from one week to the next.

The first part of the analysis, which lasted four weeks until 17 April, was published in May. Looking at those numbers, 66.2 % of the respondents said they didn’t play, 32.0 % said they played and 1.8% said they didn’t know whether they have played. 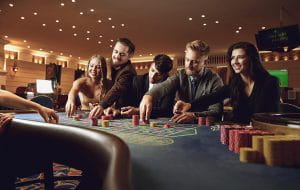 The decrease in the number of gamblers could be noted by focussing on the latest figures covering the period up to May 8. According to the data obtained on 8 May estimates, 70.3% of people said they hadn’t played for the last four weeks. Some 28.4% of the respondents responded that they were playing and 1.3% said they didn’t know. Comparing the results of April and May, it is notable that there is indeed a decrease in gambling in the UK.

On the other hand, the report shows that the National Lottery still remains the most popular way of gambling. Statistics for the four weeks before April 17 show that 25.6% of the people interviewed have bought lottery tickets. Looking at the next part of the survey which ends on May 8, the number of people who purchased tickets decreases to 22.7% of those interviewed.

Looking at the sports betting numbers, could be noticed that there is some slight increase. During the time up to April 17, some 1.8% of those interviewed responded that they had made a bet in the last four weeks. This percentage could be considered as increased when compared to the numbers of May 8. The number of people placing sports bets for that period increases for 1.4%.

The popularity of the online slots also noted a slight increase. Some 1.8% of those interviewed said they were playing online slots for the four weeks until April 17, according to the GC numbers. On the other hand, in May there was an increase of 2.2%.

Additionally, outcomes that represent online casino non-slot activities also mark a tiny increase. April numbers show 1.0% of respondents engaging in such activity. In comparison with the results of May then there is also an increase of 1.4%.

These Numbers Are Affected by COVID 19

It is important to note that these numbers are largely affected by the pandemic of COVID 19 that started in November last year. Just like anything else, casinos were closed for an extended period in an attempt to prevent further spread of the virus.

On the other hand, those gamblers that usually gamble in casinos also turned to gamble online which is why there is some slight increase in the percentage of the popularity of online slots. During this period, the UK Gambling Commission was giving their best efforts to promote safe and responsible gambling in order to protect trouble gamblers.