In a time when everything is online, sports betting is not an exception and Google finally decided to give it a shot in the state of New Jersey. Google users in any states in the United States are constantly exposed to sports betting advertisements in years, however, what many people do not know is that most of those advertisements are not regulated. 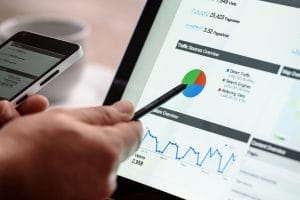 Contrary of them, the advertisements of DraftKings and FanDuel, two operators which indeed are regulated, could make a significant impact on the users just like any other type of advertisement even when what people search is not necessarily a sports betting.

In fact, after the parent company posted its first guidelines for American gambling entities just a few months ago, Google AdWords in New Jersey now allows only licensed New Jersey gaming operators to apply to them.

Chris Harrison, Google Industry Head – Financial Trading and Egaming stated that their systems should recognize gambling as a desired outcome of a search. Furthermore, he added that Google is currently not accepting applications from affiliates and aggregators.

Will Google AdWords Open Up For The Other States As Well?

This milestone is believed to have a very positive impact for business in the legal industry domestically and therefore, the application for Google AdWords would generally take from one to three days before the advertisements of operators such as DraftKings and FanDuel appear in the Google searches.

There are 9 other states in the country which have already legalized sports betting this year, however, in none of them Google AdWords has offered this kind of service until the current moment. Harrison revealed that football is a benchmark, therefore, Google is working hard to open up in a few more states (where sports betting is legal) before the start of the NFL season.

Regarding gambling ads, Google in their policy has written “Gambling-related ads are allowed if they comply with the policies below and the advertiser has received the proper Google Ads certification. Gambling ads must target approved countries, have a landing page that displays information about responsible gambling, and never target minors.”

On the other hand, although the company allows advertisements on Google Ads, Google Display Network, Admob and Youtube, the company has a feature called “Safesearch” which will block gambling ads if requested.

What is Google Ads?

For people who are not that familiar with Google Adwords AKA Google Ads, it is a platform which gives companies the opportunity to advertise their products, websites, and brands in order to boost their profit and attract more visitors and customers. In order to get their advertisement displayed across Google search, companies should first take the time to bid on digital advertisement space. When Google approves this bid, the advertisement is then displayed to the target audience which appears next to search results as well.

Shortly said, Google Ads is the most powerful tool of the 21st century when it comes to marketing and advertisement. It is a tool which is widely used by digital marketers all around the world and has helped millions of companies and brands to achieve and even surpass their marketing objectives.