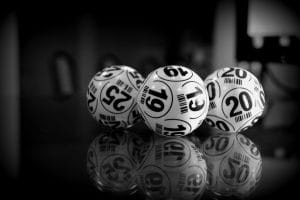 Lottery balls on a table © ChiniGaray/Pixabay

In his inquiry, DePasquale wants to examine the department’s ability to run the lottery and to decide whether they have performed sufficient due diligence to quench their distributors and winners ‘ fraudulent activity.

Recently, there has been a lot of media attention on repeat lottery winners, and news stories uncovering alleged lottery frauds in other states in the US that will be revealed through news media that have also made lottery fraud investigations.

The investigation revealed a case where a person from the Boston area who winning lottery tickets on the dollar for pennies while the real players were often delighted to get instant cash instead of waiting for and struggling with lottery taxes. On 7,300 winning tickets, the person was estimated to have cashed out over $10.8 million.

“When this issue first surfaced several years ago, I warned that I would be monitoring the situation. Some lotteries have taken major steps to crack down on suspected fraudulent claims and I want to ensure that the Pennsylvania Lottery is doing everything possible to prevent and stop any fraud” – said DePasquale.

There Are Lottery-funded Programs That Elders Rely On

DePasquale, who is planning to run for Congress, defended his proposed audit by pointing to the advantages of a reliable state lottery, particularly the senior citizens of the state. The game contributes more than $1 billion per year to the administration, which is dedicated to its elderly people’s welfare. Some of the senior-oriented lottery-funded programs are care services, savings on listed taxes and discounts on prescription medications.

In 2018 players spent $4.5 billion on lottery tickets, and they gave out only prizes worth only $2.9 billion. The recent controversy about repeat lottery winners has prompted DePasquale to begin the investigation to reassure the public that the prizes have been properly won.

The procurement and screening procedure for the state provider for instant lottery tickets and terminal-based games will be a key focus for DePasquale; at present, it has been recorded that Pennsylvania has invested $1.3 million in its proposal review, but has yet to grant a deal to a vendor worth $1 billion.

Unfortunately, lottery frauds are nothing new in Pennsylvania. In fact, the state is a home where the biggest lottery scandal in the US took place. The scam is known under the name “Triple Six Fix” after the winning combo of 666. The people who were found guilty were a host of 1 980 live drawing broadcast show and also a lottery official who used weighted ping pong balls and win a lottery of a record $3.5 million prize which is equivalent of more than $10 million today.