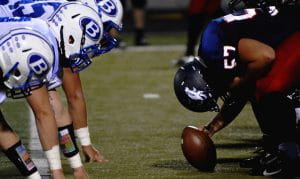 In fact, the AGA states that Americans will spend around $6.8 billion wagerings on the NFL championship game of Kansas City Chiefs and San Francisco 49ers.

“With 14 operational markets and another seven close behind, Americans have never before had so many opportunities to wager on the Super Bowl in a safe and legal manner, and clearly, they are getting in on the action. With increased visitation to legal sportsbooks, we are successfully drawing bettors away from the predatory illegal market”– shared AGA’s president and CEO, Bill Miller.

Morning Consult distributed the online survey among a nationwide sample of 2,200 adults, on behalf of the American Gaming Association, from Jan. 21-22, 2020. Calculated the data to estimate an adult target demographic based on age, race/ethnicity, class, educational attainment, and area. The margin of sampling error is+ /-2 percent while between subgroups is higher.

Bettors Prefer Wagering on a Game They Watch

On the other hand, past AGA research showed that 75 percent of NFL bettors claim they are more interested in watching a game on which they wager, and sports bettors are much more interested in the NFL compared to any other sports league.

Miller furthermore reveals that he is confident that Americans didn’t start betting on sports when the Professional and Amateur Sports Protection Act was overturned. He explains that what will make Super Bowl so special is that more sports lovers than ever will believe in the integrity of their bets. Miler noted that the continued expansion of legal sports betting benefits stakeholders as it results in enhanced fan engagement for teams and added tax revenue for state and local economies.

Ever since in May 2018, the Supreme Court repealed the Professional and Amateur Sports Protection Act, more than $17 billion were spent wagering on sports lawfully. Fourteen states are already offering legal, regulated sports wagering, with six more states and the District of Columbia perfectly positioned in the following months to open up lawful markets.

Studies from AGA showed that over 38 million American adults were willing to wager on NFL.

Only Four States Could Wager Until 2018

In the past two years, many states made sports betting legal within their states while many others are in the process of legislature. New Jersey is among the most successful states in terms of sports betting.

When taken this into consideration it is no wonder that the results of the AGA research showed that the number of Americans who are expected to wager on the Super Bowl 2020 increased by 3 million compared to Super Bowl 2019 which is one of the top yearly events in the country.