Penn National Gaming has purchased a 36 percent share of the sports media outlet Barstool Sports for a price of $163 million in cash and convertible preferred stock. Investors are extremely optimistic regarding the purchase. Shares of Penn National rose by over 12% following completion of the transaction. The exposure and publicity generated by Barstool Sports for Penn National Casinos will reduce marketing expenses, which increases the value of their stock. 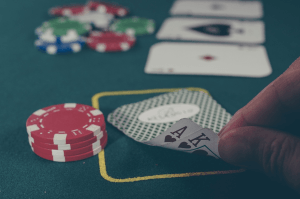 The demographic for Penn National’s current gamblers is typically American men in their fifties. Barstool’s audience is primarily younger men in their twenties, thirties, and forties. By partnering with Barstool, Penn National hopes to appeal to a younger generation of gamblers.

Barstool will be promoting Penn National’s casinos in addition to their interactive gaming operations. They anticipate Barstool’s digital content will be especially appealing to younger gamblers into the future as the partnership is for the next forty years.

According to the agreement, “Penn National will be Barstool Sports’ exclusive gaming partner for up to 40 years and have the sole right to utilize the Barstool Sports brand for all the Company’s online and retail sports betting and iCasino products.”

Penn National President and CEO told CNBC.com that, ”With its leading digital content, well known brand, and deep roots in sports betting, Barstool Sports is the ideal partner for Penn National and will enable us to attract a new, younger demographic which will nicely compliment our current customer database.”

What Penn National and Barstool Sports Bring To The Table

The Barstool Sports website has over 60 million unique visitors each month. Additionally, it’s estimated that over half of them bet on sports. Barstool considered partnering with other sports and gaming operations but in the end decided that Penn National was the best fit.

Penn National currently operates over 40 gaming facilities in 19 different states. They also considered partnerships with other sports websites before choosing Barstool Sports based on their innovation, diverse revenue streams, and loyalty to their fan base. Diehard fans of Barstool proudly refer to themselves as “Stoolies.”

Penn National eventually plans to purchase up to a 50 percent ownership stake in Barstool Sports as they anticipate the partnership will lead to greater marketing opportunities and increased revenue generation.

Who Is Barstool Sports

Barstool Sports is a media outlet founded by Dave Portnoy based in Milton, Massachusetts. The first print edition was released in 2003. It primarily focused on gambling and fantasy sports advice. The outlet has grown exponentially and currently has satellite sites in Boston, New York, Chicago, and Philadelphia.

In early 2016, The Chernin Group, based in New York, purchased a majority 51 percent stake of Barstool Sports. Portnoy is no longer the majority owner but does hold the designation of Chief of Content.

Barstool Sports has partnered with sports giant ESPN in the past. However, Barstool Van Talk was cancelled after only one episode on ESPN2 due concerns regarding the nature of their content.

However, Barstool Sports has made charitable contributions. They notably raised nearly $250,000 for victims of the Boston Marathon bombing.