An HR Advisor from the MMU Committed Suicide Due Gambling

A 34-years-old University worker in the UK committed suicide after spending almost her entire salary on online gambling. In just 12 months, Natasha White lost £ 20,000 after becoming addicted to gambling applications, an amount which is higher than she earned in a year. The woman who was suffering from depression was found hanged in August 2018 at her home. 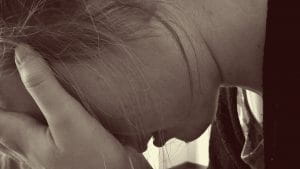 However, just now her griefing parents expressed their belief that their daughter had been betrayed by betting companies that ruined her life in “a few simple clicks”. Daily Mail reports that the woman, an HR system adviser, was taking out payday loans and visiting Gamblers Anonymous, however, she was unable to deal with the gambling addiction that eventually ruined her. Two years ago Natasha was found hanged at her home after a neighbor raised the alarm. Three betting firms the young woman lost money with have now been fined by the Gambling Commission due to failure to protect at-risk gamblers or for misleading advertising. To be more precise, Malta-based companies Casumo and MT SecureTrade were fined nearly £ 6 million and nearly £600,000 respectively for failing to promote responsible gambling.

Her Parents Are Now Looking for Justice

Natasha also spent £340 in just a couple of days on sites run by MT SecureTrade, although she lost over £ 2,000 in a week on sites managed by Broadway Gaming Ireland, shortly before her death. Her parents, David and Jan, are now looking for justice and are willing to take action against the gaming industry and for banks to help in protecting online gambling addicts. “If it hadn’t been for these websites I don’t believe she would have been drawn into gambling. A few simple clicks of a button and you’ve lost your whole salary. Surely banks can monitor what customers are doing” – stated Natasha’s mother Jan for Daily Mail.

Natasha had only £300 in her bank account at the time of her death as a result of spending most of her monthly salary from Manchester Metropolitan University on online gambling. The investigation found that she had struggled with depression and died as a result of suicide most likely as a result of her addiction. Nevertheless, the coroner Zak Golombeck did not criticize the betting firms or her bank and made no statement that they should be responsible for her death in any way.

Instead, he pointed out that the history of Natasha’s gambling addiction, as well as the notes at the scene, demonstrate that she committed suicide and intended to do so.

Additionally, MT Secure Trade’s spokesman noted that they are sorry for the loss of the family, however, they dealt with the customer (Natasha) in accordance with their regulatory obligations. Unlike them, Casumo did not respond to the request while Broadway Gaming Ireland refused to give any statements.

Barclay’s spokesman replied that Natasha’s death was a “very sad case” and encouraged customers who may have money worries to contact them.

Studies have shown that suicide is the biggest murderer of people under the age of 35 in the UK even more than car accidents and cancer.