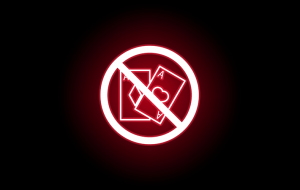 In fact, opposing the suggestion made by some politicians for a complete ban on gambling advertising and on-line sports betting, the UK Advertising Association (AA), the Betting and Gaming Council (BGC) and the Gambling Commission (UKGC) finally gave their responses.

As part of its Gambling Related Harm inquiry on 15 June, the All-Party Political Group (APPG) has released its final report. However, their proposals were accepted differently by different industry bodies in the country.

AA Stated That Those Restrictions Are Unnecessary

For instance, Stephen Woodford, CEO of AA has stated that according to him a total gambling advertisement at the moment is not necessary. What’s more, he added that there would be wider implications following such a move as it would affect the support of sports across media channels which is something enjoyed by millions of people right across the country. On the other hand, he indeed agreed that gambling operators should meet all the standards set by UKGC and the Advertising Standards Authority (ASA).

Furthermore, the UKGC condemned the APPG ‘s argument that the regulatory body is not a good fit for the purpose. The report recommends an immediate investigation by the cross-party group on the ability of the Commission to effectively regulate the online gambling industry.

The UK Gambling Commission indicated the various limits which it has imposed in the past two years in order to make the gambling sector more secure and emphasized how it continuously works in close cooperation with gambling companies and groups. Credit card deposits are currently banned, age and identity verification are improved and on-line advertising rules are facing some restrictions.

“We are committed to drastically reducing gambling harm and it is untrue to say that we are not fit for purpose. Our recent work with the industry has seen strengthened online advertising rules to better protect vulnerable groups and later this week we will open a consultation on VIP practices” – stated the UK Gambling Commission.

BGC Believes Such Restrictions Could Push Gamblers to the Black Market

In addition, a BGC representative pointed out that most of the gamblers practice responsible for gambling. According to BGC, the Regulator and the Government have both made it clear that in fact there is no proof that gambling problem has increased.” The council stated that in collaboration with the government it is committed to constantly improve safe gambling standards. BGC also mentioned that such restrictions might push gamblers to the black market that doesn’t conform to any standards or safeguards to protect problem gamblers and the most vulnerable.

APPG also made other restrictive proposals such as restricting in-play sports betting to in-person retail and over-the-phone wagers, to make the maximum stake for an online slot machine bet to £2 ($2.51), to remove the VIP loyalty programs, to have stricter controls on game design, as well as apply independent customer affordability verification.