Having around 143 Indian casinos and gambling centers owned by 35 different tribes, Oklahoma is proud to have more Indian casinos than any other state within the United States. However, a real issue appeared when the tribes refused to pay fees between 4% and 10% of the net income of their casinos to the state. 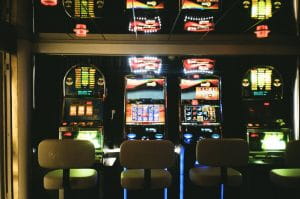 Therefore, negotiations that started on October 28 between the Attorney General of Oklahoma and 35 tribal nations remain in a stalemate due to the automatic renewal of gaming compact. The tribal nations are united in their belief that if new terms cannot be achieved, contracts must automatically be extended after 1 January.

The established gaming compacts of the state allow tribes to pay as exclusivity payments between 4% and 10% of the net income of a casino which grants exclusive rights to the tribes to operate casinos within the state of Oklahoma.

Last year, the state received payments totaling $139 million from those fees on an estimate of $2.3 billion in revenue from games that are part of the compacts, something that tribes do not agree with.

However, they would not be allowed to offer many casino games, including poker, blackjack, and machine-style electronic slot games, without a compact in place.

The two-hour-long meeting was described by Attorney General Mike Hunter as an exceptional opportunity to outline the position of the state.

“The way forward is to come up with a process that resolves the dispute, getting that resolved, getting it in a trajectory where it is no longer a barrier to looking at ways to modify the compact in a way that benefits the tribes and the state mutually and cooperatively.” – stated Attorney General Mike Hunter for Gambling Insider.

On the other hand, one of the most important people in the negotiations and a chairman of the Oklahoma Indian Gaming Association, Matthew Morgan revealed that tribal leaders might find automatic renewal as the most important thing for the tribes and that they are committed to continuing with the discussions.

Casino Gambling Is a Popular Developing Industry in Oklahoma

Over 60% of people who voted regarding this state issue in Oklahoma back in 2014 decided to approve expanded gambling and almost all tribal nations that take part in the state signed contracts with the state only a short period of time after the voting took place.

As in other states all around the country, casino gambling is an industry in development in Oklahoma as well and therefore, the state has only around 130 casinos and many of them are situated near the border.

To find a compact place within the state of Oklahoma is a question of a crucial meaning for tribes because without it, they would not be authorized by the state to offer a variety of games in the casinos including machine-style electronic games or card games such as poker and blackjack that are widely popular between the gambling lovers community nowadays.

Nevertheless, even if the tribes and the state couldn’t achieve some agreement, the casinos could still offer bingo-style electronic games that are still very popular in the state and do not require any extra fees that the tribal leaders have to pay to the state authorities.