With the Swedish gambling regulator proposing a limitation in betting that is to be accorded to just the top four divisions of football, Spelinspektionen has launched a consultation on updated anti-match fixing safeguards.

This would simply mean that operators would be restricted to offer bets on the top level Allsvenskan, second-tier Superettan, Division one Norra and Sodra, and six regional Division 2 leagues. In addition, betting on the Swedish cup would be reduced to matches featuring a team that is from the top four tiers.

More Restrictions in the Proposal 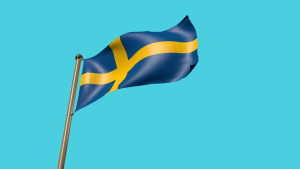 As for matches that involve foreign clubs, markets will only be permitted when each participating team is from the top four tiers of the footballing pyramid from each country. Operators would then only be able to take bets on international matches from under_21 level upwards.

To conclude, further prohibitions have been placed on any bets that include friendlies or training matches. There is a possibility that this restriction and measures could be implemented for other sports.

How the Proposal Came to Be

The proposal came after rising criticism directed to operators who offer odds on the lower level and non-competitive matches both in Sweden and overseas. Patrik Hofbauer the chief executive at Svenska Spel and Erik Strand the chairman condemned operators that offer bets on lower league matches, they also called for a complete ban on betting that involves amateur sports.

In January this year, the restrictions, as well as the measures put forward by the regulator on betting markets, were introduced. The main aim of this proposal is to ban betting on rule violations -for example, yellow cards in football-, betting on individual performance on athletes that are aged 18 or below and betting on athletes or teams losing.

Meanwhile, the International Betting Integrity Association (IBIA), issued a response explaining in detail that there as quite a little evidence to show that the measures would have a big impact on protecting the integrity of sporting. It instead warned that the new restrictions could reduce revenue on regulated sports betting. Even as just 8.9 percent of gamblers bet on rule violations, they account for about 40 percent of the revenue.

The consultation, that will run till the 6th of May, invites BOS, fellow trade body Spelbranschens risk organization (Sper), the Swedish Sports Confederation (Riksidrottsförbundet) and Swedish football’s governing body Svenska Fotbollförbundet (SVFF) to comment on the updated proposal.

It comes after Sweden’s Minister for Health and Social Affairs Ardalan Shekarabi announced a series of restrictions for online casinos. From 1 June until the end of 2020, players will only be permitted to deposit SEK5,000 (£401/€459/$495) each week, while bonuses for newly registered players will be limited to SEK100 cap on bonus offers from 1 June until the end of 2020 as the country battles the novel coronavirus (Covid-19).

In its response, BOS immediately criticized the controls as liable and that is meant to increase migration from regulated to unregulated sites, while the European Gaming and Betting Association echoed this assessment.