Betting Firms should Pay for Research and Treatment

Academics in Britain have suggested a compulsory levy on the gambling industry aimed at addressing what they called “highly underestimated harm,” which it is causing to society. The gambling industry is increasingly creating a public health issue and a growing economic burden which will need an overhaul of the UK laws and major investments to do away with. Compared to other countries like New Zealand, which for the prevention of a population of 4.7 million, set aside a budget of more than 9.3m pounds, Britain has significantly underestimated the cost and effect of gambling.

The study, which was carried out by academics from England, Australia, Wales, and Scotland, called upon the revision of the 2005 Gambling Act and suggested that a compulsory levy should be imposed on the industry so as to generate funds. It also suggested that the responsibility for gambling be shifted from the Department of Digital, Culture, Media, and Sports to the Department of Health and Social Care. 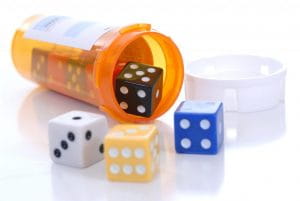 Gambling Addiction Treatments © We Do Recover

The paper went on to state that Britain now has 33 million online gambling accounts, which are currently active and the prevalence of online gambling went from less than 1% in 1999 to 9% in 2016. It also reveals that 14% of children below 16 years of age have gambled for over a week. Sadly, 55,000 children of these have been reported to have problems from gambling.

The study reported that gambling was responsible for a majority of harms, not only to individuals but also to families, communities, and societies. Some of the problems it has caused include relationships breakdown, financial issues, neglect and abuse of children and partners, and a hindrance to educational progress.

“The vast underestimating of gambling harms has caused major burdens on resources, relationships, and health.” Said Dr. Heather Wardle, assistant professor at the London School of Hygiene and Tropical Medicine, who is also the paper’s lead author.

Another author of the paper, Professor Gerda Reith, who is also the University of Glasgow’s professor of social sciences said, “Gambling does not only affect an individual, but the impact spreads out to their family, friends, and communities. As a society, we are tasked with the responsibility of dealing with the environment in which the gambling harm is produced, face up the role of the industry and the policies they operate in.” He went on to say that gambling harms affect not only our health but also other social justice issues.

Just last year, two Catholic nuns admitted to stealing $500,000 from St. James Catholic School and used it on gambling trips in Las Vegas. The theft, which was discovered during the school’s audit of funds, said the pair used the money paid as fees, which was meant for the kids in school.

Call for a Solution

The harms of gambling have more impacts on poorer and more vulnerable communities and a deliberate change in approach is quickly needed. The government, through its spokesperson, said that although many people enjoy gambling responsibly, it’s extremely vital to protect people from risks associated with gambling harm.

He went on to say that the gambling commission was bestowed with powers to ensure that operators comply and adhere to the strict rules which protect the children and other vulnerable people. He also explained that the government, through the NHS long-term plan, was expanding specialist support to those addicted by gambling.