After a long period of discussion, the full Kansas Senate discussed sports betting for the first time on Wednesday and passed the bill 23-15. The Senate proposal permits casino operators to extend their services to include sports betting. The state will earn 7.5% of the bet profits made inside the casinos, and 10% of the online bet profits. The casinos will discuss transactions with providers of the digital platform. Tribal casinos could submit an application to allow sports betting if it passes. 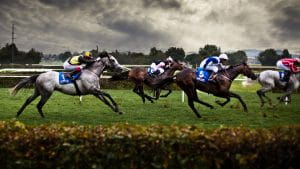 In the four state-run casinos, adults may place bets on professional and college athletics via online platforms, and in person. Two percent of all profits would go to the support fund for gambling and addictions. Gambling would be limited to adults aged 21 or over.

Senators had gone back and forth about the specifics of the bill for almost six hours. They debated where taxes should go if horse racing or greyhound racing should be a part of the bill or not as well as how much funds should be spent on gambling addiction.

The bill now goes to the House and would proceed to the governor if approved.

“It certainly has put us in a position where we can establish sports gaming in Kansas and pull wagers from the black market — offshore, unregulated, untaxed market — bringing Kansas under a regulated state market” – shared Longbine.

Sen. Tom Holland, a Baldwin City Democrat, challenged if the two-year work on the initiative involved “serious thought.” The legislation is projected to unleash up to $600 million in sports betting over the first year, but the State’s reduction will be no more than $3 million.

Part of the state revenue will flow into the Horse Fair Racing Benefit Fund and create a new White Collar Crime Fund for the Kansas Attorney General’s led investigations. The chamber adopted a measure from Senate President Susan Wagle, R-Wichita, to funnel 2% of the revenue into a state fund for gambling addiction care. Her amendment also allows for the money to be used as planned in that fund. Historically the funding for other health services has been stolen.

Sen. Tom Holland, a Democrat from Baldwin City, proposed an amendment to shift money away from casino owners into government coffers. In the proposal, which failed to pass, the Kansas Lottery would have gained control over online gambling for sports and some other games.

However, the chamber rejected Holland’s amendment and a number of other proposals. Senate Minority Leader Anthony Hensley, D-Topeka, explained that this bill was of the casinos, by the casinos, and for the casinos.