The decision to provide certification to Hard Rock Bristol as the favored provider of gambling was sent to the Virginia Lottery Board. Government officials predict that the first betting licenses will be released in April 2022. However, the city expected that will occur earlier. In the November referendum, the voters approved this project. 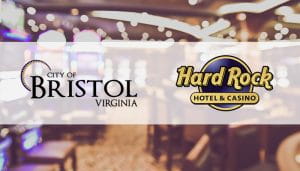 The Bristol VA, on Thursday, gave a green light to the joint venture, led by Hard Rock International, as a favorite gaming operator. This is believed to be a necessary step towards the opening of a casino in the empty Bristol mall, approved by voters in November.

HR Bristol is an alliance of HRI and original casino developers Par Ventures, Clyde Stacy, Jim McGlothlin, and The United Co. He will oversee operations for the $ 400 million project, which will include bars, a casino, restaurants, a 300-600-room hotel, shops, indoor and outdoor entertainment, and other facilities.

According to the Bristol Herald Courier, a 4-0 unanimous vote at the convened meeting on Thursday met the deadline for the four cities whose citizens accepted last month’s casino referendums. On November 3, the citizens of Bristol voted mostly for the project in a referendum. In May, the board held a similar vote and selected HR Bristol to lead the project.

The First Gambling Licenses Might Be Issued in April 2022

The decision was transmitted to the Virginia Lottery Board. Lottery officials have been pre-certified by HR Bristol. The lottery must now complete its casino rules to begin considering applications for a gaming license. It is expected to occur in April 2021.

State executives anticipate the first gambling licenses will be issued in April 2022. Nevertheless, Randy Eads the city manager said the people expect that will occur earlier.

Eads said it is a great chance not only for Bristol but also for other financially disadvantaged communities in Virginia. Every city that held a casino referendum approved it with at least two votes to one. Bristol is now ready to build a one-of-a-kind resort and casino right here in our very own backyard. It will be one of 278 Hard Rock locations around the world.

After the mall shut down in August 2017, the city has lost an estimated $ 2.5 M yearly in other taxes and sales. However, the casino is expected to create up to 2,000 jobs and generate multiple tax revenues.

Eads said that they have great relationship with Clyde Stacy, Hard Rock, and Jim McGlothlin. It’s time to capitalize on this partnership and promote Bristol so tourists can not only enjoy Bristol and the surroundings. Additionally, it will also show other businesses why they should visit South West Virginia and Bristol.