Drastic curfew measures have been announced for children in china in an attempt to get the video game addiction in control seeing as it is a major issue in the country. On weekdays any gamer under the age of 18 is restricted to play for not more than 90 minutes and in addition to that, they are also banned from playing between 10pm and 8am. Also, they will only be allowed to play for only 3 hours a day on the weekends and on public holidays. 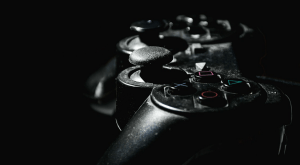 Chinas general administration of press and publication were the ones that issued the official government guidelines that outline the new restrictions. The new restrictions will be imposed directly through the gaming platforms operating in the country. The measures are designed to protect the mental and physical health of minors, this is according to a spokesperson for the administration.

The rules also have limits as to how much money children are allowed to spend on games. For gamers between the age of 16 and 18 the limit is 400 yuan per month and for children below the age of 16 the limit is 200 yuan per month. Coming in second as the world’s largest gaming market, right behind the US. Authorities in China continuously criticise and emphasize on the negative impact that video games can have on young people. 500 million Chinese citizens suffered visual impairment, this was blamed on the rise of mobile phones and online games according to a study that was conducted in 2015.

In as much as there is no scientific backing that myopia can be caused by video games, East Asian countries have had a significant rise in recent years. Video game addiction was recognised as a mental health disorder by the World Health Organisation (WHO) last year. Due to the addiction, internet gaming disorder causes one to have significant functioning issues according to the organisation.

An official characteristic of gaming addiction is the impaired control over gaming, an ever-increasing priority given to gaming to such an extent that gaming shadows over other daily activities and interests.

It has been announced that children who have a gaming addiction are to be offered treatment on the NHS. Referrals for young people aged between 13 and 25 and are seriously addicted to videogames will be seen by dedicated healthcare professionals as part of the new service. Treatment over skype will also be included by the service, which is part of the centre for internet and gaming which is funded by the NHS.

The NHS chief executive, Simon Stevens, explained that the aim of the new service is to combat a surfacing problem.in June 2018, The World Health organisation said that the proposal that gaming disorder be officially listed as a mental health issue on the basis of scientific evidence was accepted. The NHS, national mental health director, Claire Murdoch, said that addictions to the internet, gaming and social media are problems that are not going to disappear seeing as they play such an important role in this modern era. The NHS announced it had opened its first gambling clinic for children. The clinic was opened as part of new series of services for addicts.

A new study suggests that thousands of children are being exposed to ads for e-sports gambling that are unlicensed that are unlicensed, which in itself is a violation against advertising regulations. There are more than 800,000 tweets looked at by researchers relating to traditional gambling as well as betting on e-sports (e-sports are computer games tournaments played competitively)

A machine learning algorithm assessed that 41,000 accounts that interacted with these tweets were allegedly belonging to children under the age of 16. The assessment was done using publicly available data.