The Betting and Gaming Council (BGC) is against Lancashire’s decision to close gambling-related venues. This comes after the Downing Street voted, in response to widespread criticism by local politicians, to transfer Lancashire to the ‘very high’ alert tier in order to prevent further spread of the new coronavirus. 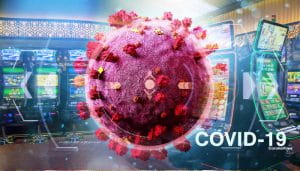 Downing Street voted, in response to widespread criticism by local politicians, to transfer Lancashire to the ‘very high’ alert tier in order to prevent further spread of the new coronavirus.

Around 200 betting stores and three casinos with a workforce of 1100 are impacted by the most recent steps.

Other entertainment outlets have also been put under imposed lock-down by the government. On the other hand, restaurants remain open as long as people remain seated and are not mixing with other people who do not live together.

In response to the measures, SEO of BGC Michael Dugher noted that bookies and casinos – which have adopted all the anti-Covid recommendations for public health since the beginning of the pandemic – helped spread the disease.

He expressed his appreciation for the Government’s need to prevent further spread of COVID 19, however, he stressed the need to balance that with the need to protect jobs.

The BGC notes that casinos contribute £6 million in taxes annually to the Treasury, while local betting shops pay £24 million a year in tax and £6.6 million in levy and medium rights fees.

Furthermore, he noted that in such a hard economic period, Treasury shouldn’t miss out on the tax revenue that the gambling industry provides.

The County has reportedly received £42 million out of £58.2 million for a financial aid package for companies, a development, albeit ‘disappointing’ as the local leader said, on the £12 million offer initially submitted by the Government with the proposals planned to be checked every four weeks.

The government’s Scientific Emergency Advisory Committee has previously announced that a relatively little effect on the spread of coronavirus has been observed on non-essential retail. But because casinos and betting shops have already undergone months of closure, the economic impact of these new steps would probably be critical.

“It means that 3,400 hardworking employees in Merseyside and Lancashire will have to stay at home instead of generating the tax revenue that the Treasury so desperately needs. And horse racing, which receives millions of pounds every year from betting shops, will also see its revenue fall further at a time when it is already suffering because of the ban on spectators,” – explained Dugher who believes that there is no evidence that closing these venues will stop COVID-19.

Greater Manchester and the government are still having discussions because councilors and members of parliament from around the county have advised the government to help these companies and staff forced to shut down additionally.

Because of the latest restrictions that MPs and councilors in the north have stressed are to decimate the hospitality and leisure industries, Downing Street remained strong in its determination to give 67% furlough pay. In that case, around 400 betting shops in Greater Manchester will be affected.