The UK Government extended its new legislation in March to include these venues, ensuring that they would offer a 100% reduction in business rates, as part of steps to slow down the spread of COVID 19. 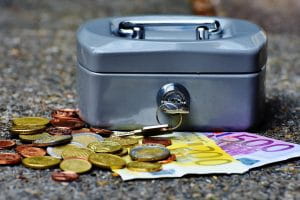 However, the new Welsh legislation specifies that the discount will not extend to betting shops, which the BGC said will jeopardize employment in the industry.

BGC claims that Wales has over 300 betting shops and four casinos and they all are at risk of permanent closure and more than 2,000 workers could lose their jobs if the national government does not amend its policy.

Michael Dugher, CEO of the BGC, wrote to Rebecca Evans, Welsh Finance Minister, in order to clarify his reservations regarding current policies.

He stated that without government’s help of business rates relief similar to that offered to other sectors in Wales, including other parts of the hospitality, leisure and entertainment industries, there is a real danger that betting shops and casinos will permanently close leading to the direct loss of over 2000 jobs in Wales.

“Betting shops, bingo halls, and casinos in England were thrown a lifeline when the UK government announced it was extending its business rates relief scheme to cover their premises as well, recognizing the contribution they make to the economy, to sport and the vital part they are playing in the national effort and in communities to cope with the virus” – stands in his letter.

It is important to highlight that the changes in the UK government policy in terms of the scheme came after the BGC made some initial proposals and called the decision to exclude casinos and gambling clubs from business rate relief “bizarre”.

Dugher added that he is refusing to think that the Welsh government believes that 2000 people in Wales who are working in the regulated betting industry are less worthy of the support that their colleagues in England receive.

He urged the Welsh government to re-think its decision because those behind those jobs are hardworking people who have to pay their bills and take care of their families. He noted that their jobs are worth as much as someone doing the same job in England.

The reason why BGC is asking the Welsh government to re-think their decision of business rate reliefs about their gambling industry is that it was affected as much as any other industry due to the current situation of the pandemic. Casinos and sports betting shops all around the UK have been temporarily closed by the government in an attempt to prevent further spread of the new coronavirus and protect people’s health.

Nevertheless, just as expected, industries are now facing tremendous losses in their revenues which is why the government has decided to offer business rate relief for many different sectors.