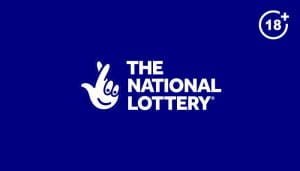 From April 2021, the minimum age to participate in the National Lottery will be raised to 18. The UK government recently revised current betting laws used to manage the business. This revision first starts in late 2020. So far, some important modifications have been made to current laws. An important update that will be announced is the increase in the lowest age to participate in the national lottery.

Changing the Minimum Age to Participate

The players under the age of 18 will not be able to play national lotteries from April 22, 2021. This update discourages the participation of adolescents aged sixteen and seventeen, as previously permitted.

Users younger than 18 will still participate until the modification date. If you earn a reward, you will still receive it until the new law will be fully implemented.

The update covers all state lotteries, whether you love drawing games like Set For Life, EuroMillions, or Thunderball or want to buy scratch cards. You cannot play in stores or participate online.

The update in the age restriction is the result of a state investigation last year that found that the age limits to participate in state lotteries must match the valid age regarding other forms of betting in the British.

The change examined the significance of securing young gamers, and the results were completely approved by the State Lottery. Since then, activists have been taken so that updates can be made on April 22, 2021.

Any person over 18 can continue to play normally as the process and regulations will remain the same. Only 16-17-year-old State lottery players are suffered. If you use concierge service or gambling to participate in games, you must be over 18 years of age by law.

Who Were the Youngest Lottery Winners Ever?

If you buy a ticket, you can get rewards at any age. The chances are the same no matter what your age is. Many lottery participants have become popular over time for their winnings at a young age. Callie Rogers became the youngest jackpot champion in the UK when it totaled 1.9 million pounds in 2003.

She was only 16 years old, therefore, after winning the lottery she soon quit her job for cash at 3.60 pounds an hour. She reportedly spent 300,000 pounds on makeup, clothing, and tattoos, 85,000 pounds on sports cars for several months, and bought 2 houses.

Jane Park, at 17 years of age, won 1M pounds from the Millionaire Maker. She loves cars, cosmetic surgeries, and vacations and impresses the media with her ideal lifestyle.

However, Rogers and Park have earlier said that they are too young to achieve such big prizes. The age of the game is increasing now, so in the future, these kinds of stories will not repeat.

The National Lottery is widely popular both, between teenagers and people of older generations. However, teenagers under the age of 18 from now on will not be able to participate until they don’t the age limit.