The following at the best daily fantasy options at wide receiver for week 12 of the NFL season: 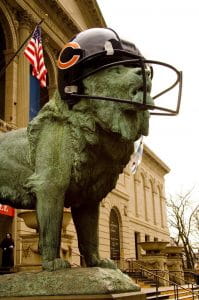 Julio Jones is currently listed as questionable with a foot injury and it’s nothing to be taken serious. Despite durability issues early in his career he’s only missed 3 games since 2014 he’s that’s no longer a concern. Jones shows up every week and produces every week even when quarterback Matt Ryan is underperforming or not targeting him in the end zone.

Jones has had at least seven targets in every game this season. In week 12, he’ll be facing a Tampa Bay Buccaneers team that has allowed more fantasy points to wide receivers than any team in the league this season. The Bucs’ secondary has been so bad that last week they released former first round draft pick and starting cornerback Vernon Hargreaves.

The Bucs’ most recent first round pick, linebacker Devon White, has helped improve their run defense but they’ve still been awful against the pass. Expect another productive week from Julio Jones.

Quarterback Drew Brees is going to throw the ball in the direction of Michael Thomas. That’s a given, and in most cases he’s going to catch it. In 2019, Thomas has become the first player in NFL history to record over 90 catches in his first ten games. He also accomplished this feat despite the fact Brees missed several games due to injury and backup Teddy Bridgewater was under center.

Brees is healthy now, and playing in top form. Thomas has been targeted a minimum of 11 times for six consecutive weeks. He’s gone over 100 yards receiving in five of them and also has five touchdown catches during that span. In week 8 against the Arizona Cardinals, the Saints threw to Thomas 11 times and he caught all 11 of them. He’s having a career year and no reason it won’t continue in week 12 against the Carolina Panthers, who happen to be among the ten worst teams allowing fantasy points to wide receivers.

Of course, the Chicago Bears have issues at the quarterback position as they always do. Starter Mitch Trubisky left last week’s game with a hip injury. The Bears may have to turn to backup quarterback Chase Daniel who is certainly no Patrick Mahomes. However, the Bears face the New York Giants in week 12. Daniel faced them during the 2018 season and had some success throwing the football.

Additionally, the Bears have got limited production from the tight end position and have had injuries hamper them at running back. The offensive line has also struggled to run block.

Out of necessity, they’ll have to send volume in the direction of wide receivers, and Robinson is the best on their roster. The approach should yield results, as the Giants’ substandard secondary has allowed the second-most fantasy points to wide receivers this season. The Bears’ skill position players have been all-or-nothing this season, but week 12 for Robinson should be all money.