Reports on Wednesday, 7th of April 2020 had it that the Denis Coates Foundation has donated £10 million to the UK National Health Service in a bid to help combat the Covid-19 pandemic. The grant represents yet another support initiative by the gambling sector towards the ongoing global crisis. 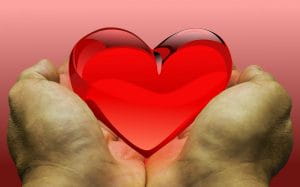 The Denis Coates foundation, set-up by the bet365 co-chief executive, announced that the grant would be used to deliver a host of schemes aimed at enhancing patient care and supporting healthcare staff. It is also reported that the grant recipient is the University Hospitals of North Midlands (UHNM). The initiatives will be rolled out at the UHNM’s Royal Stoke Hospital and the County Hospital in Stafford. Both hospitals are located close to bet365’s global headquarters in Stoke-on-Trent.

The UNHM received the grant through its Chief Executive Tracy Bullock. The CEO happily received the grant claiming that it was much-needed especially in boosting the hospitals’ technological capabilities. She confirmed that the hospitals were lagging behind in the fight against Covid-19 mainly because of a technology gap despite the establishment of new ways of working.

“As a result of Covid-19, we have rapidly established new ways of working but in some circumstances, we are lacking the technology to do this in the most effective way,” remarked the CEO. She went on to further confirm that the investment would help fund schemes and acquire the latest technology to improve communications within the health space.

Bet365 co-chief executive, Denis Coates, affirmed that the grant was to alleviate human suffering. There are many stories of people suffering without the comfort of family and close friends and for this reason the foundation sought to find ways of helping the community. The co-chief executive also confirmed that it was the right step in helping the NHS combat the deadly pandemic that has claimed more than 5000 lives to-date.

Other Support Initiatives from the Gambling Sector

Earlier in the week, British Gambling Operators confirmed that they would join in the fight against Covid-19 by donating 2.6 million in profits from the 2020 Virtual Grand National to the UK NHS. Bookmakers including Bet365, Ladbrokes, Coral, Paddy Power Betfair, Sky Bet, William Hill, Betfred, Betway, the UK Tote Group, and Inspired Entertainment jointly agreed to donate their profits from the event. It was confirmed that the donations would be made after winnings and duties are paid to NHS charities.

The governing body of horse racing in the UK, The Jockey Club, confirmed that it would also donate 10,000 tickets to the NHS and the social care sector in a bid to strengthen the fight against Covid-19. The tickets donated will be for the first day of 2021 Grand National Festival. The Jockey Club announced that the tickets will be available to staff in Merseyside and the Grand National would take place at the local racecourse, Aintree, as has been the tradition.