”Gambling is Cruel” – Were Some of Lewis’ Last Words

Lewis Keogh, a 34 years old man, took his life and the reason couldn’t be more brutal – gambling addiction. “Gambling is cruel. I need peace,” were some of his last words written in a letter for his family where he explained his reasons for his fatal decision. The parents now want action to stop other families from spiraling into the tragedy and sadness that they feel every day. 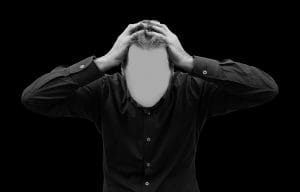 Sadie and Peter visited Stormont on Tuesday to hear their case and the experiences of dozens of others whose loved one commits suicide in despair in order to escape their gambling addictions.

“We cannot save Lewis but we can help others who might being going down the same path as our son and our family. An inquest found that Lewis took life as a result of his gambling addiction. I wanted the truth written on that legal paperwork – he died because of his addiction to gambling, nothing else” – said Sadie, Lewis’ mother, and a retired teacher.

She also added that people don’t seem to understand that her son was killed by addiction as they immediately related addiction with drugs and alcohol without even considering that gambling is an addiction as well. Sadie even added that they didn’t see it taking Lewis from them either until it was too late.

Lewis Seemed to Have a Perfect Life

The parents are part of the community Gambling With Lives, set up by relatives and friends of gaming addicts who have died as a result of suicide. The couple is calling for MLAs to reform Northern Ireland’s outdated gambling laws and to take into account the all-encompassing simplicity with which gambling can now creep into people’s lives online.

They said that their son seemed to have a charmed and peaceful life for everyone except to himself. He shared the love and support of a close family with whom he talked nearly regularly on the phone from his home in Leeds. Lewis was a facility manager who drove a nice car and had a beautiful flat, revealed his parents.

His father said that Lewis kept his addiction as a secret and that just once mentioned to them that he had been gambling, but that it was nothing to worry about and years later after his death, Peter remembered that conversation. The couple even started looking for answers in his childhood, apparently, Lewis was addicted to playing machines when he was 11 or 12 and when he got older he continued with higher stakes games to eventually end up with online gambling addiction.

Peter and Sadie claim that it was not his debts that drove Lewis to take his life, but the realization that he might never recover from the addiction. They blame the laws in Northern Ireland for increasing gambling addiction between the younger generations as, according to them, legalizing online gambling is like having casino-style games and high-speed sports available 24/7 via their mobile phones.

Consultation on reform is underway and closes on February 21 and that’s why they and Gambling With Lives to make stricter the regulations of addictive gambling and to provide professional treatment to gambling addicts.