Chippenham Town Player Fired After Getting Caught Gambling on Own Matches

Karnell Chambers, a Chippenham town player has been let go after it was found out that he had been placing bets on matches. 300 of these matches involve his own club. The striker was investigated by the Football Association and was found guilty of having placed illegal bets. The exact nature of the bets is unknown. 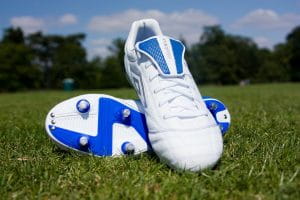 Neil Blackmore, chairman of the club said that it is against FA rules for a player to bet on any football matches but it was far worse that Karnell placed bets on matches he played in and as a result could have an influence on the game. He went on to add that, once the facts were given to them, they had no choice but to terminate his contract and that they had him come in for an interview but he did not say much or offer an explanation as to why he did it.

“Been a great two years at Chippenham. Had many great memories thanks to all the support from everyone at the club and to the fans who believed in me every week.” Said chambers on twitter. While chambers had been suspended as investigations were ongoing, Mike Cook the manager spoke to all the players in the dressing room, told them what happened and said that if there is anyone else who had been gambling, it would be best if they come forth and own up but no one came forward.

Mr Blackmore urged the players who might be tempted by gambling to seek support and advice that is available through the Football Association. Karnell’s contract with the club has been terminated with immediate effect. After consideration of the facts provided by the FA and interviewing Karnell, the board decided that placing bets on Chippenham Town games in which he participated, left the Board and Management Team with a complete lack of trust and confidence in the player and as such amounted to gross misconduct.

“Whilst the FA are yet to make their decision on the matter, the club fully upholds the FA stance on not permitting players or club officials to place bets on football games, especially ones where they could influence the result of the game.” Said Chippenham Town spokesman on Friday.

Chambers has been a regular in the starting line-up since he joined the club in March 2015. John Hartson, Dietmar Hamann, Keith Gillepsie and Joey Barton are some of the high-profile footballers who have struggled with gambling problems. One in 10 sportsmen interviewed by the PPF said they gambled to “fit in”, one in four said they were encouraged by team-mates to do it, and nearly one in three thought their team’s links with the gambling industry encouraged them to bet.