The expansion project started a year and a half ago. Wednesday’s event saw the culmination of the expanded facility. The casino is now one of the largest to open in San Diego lately. Besides the opening of the expanded casino that spent a staggering $50 million, San Diego has also seen over $1.5 billion being used in the upgrades and expansion of other popular properties. Some of the most recent include Pechanga Resort & Casino, Harrah’s Resort Southern California, Sycuan Casino Resort, and Viejas Casino & Resort.

A Look at How $50 Million was Spent 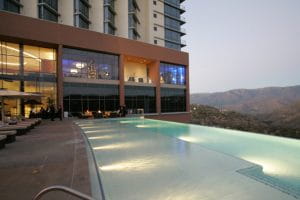 The expansion project which was carried out by Swinerton Construction Company took 18 months to complete. The project included adding up to 24, 000 sqft of the gaming space adding 250 more new slot machines and up to 11 new table games. The new gaming machines bring the total number of slots machines in the casino to 2000, while now, the total number of the table games is now 22.

The money was also spent on renovating the existing 100,000 square foot casino as well as the restaurant area. More upgrade was done on the gaming floor that measures 65,000 square feet, the high limit area, the VIP lounge, and the non-smoking casino space which now have high-end ceiling tiles, upgraded lighting, signs, pillars, carpet, and new Television sets.

The casino’s new entrance now has a high ceiling as well as an indoor wall allowing natural light in. Valley View Casino and Hotel now have a new slot tournament space as well as an additional players club. The entire buffer restaurant was also renovated. It’s sitting capacity expanded with 100 more sits bringing a total number of seats to 600. The furnishings were updated, not forgetting the new menu offerings. Further, the entire Valley View’s BLD Restaurant was equally renovated and now branded as The Café.

Cyprus Casinos to Welcome Its 1 Millionth Visitor This August

In other news, Cyprus Casinos has hit the ground rolling to welcome its millionth visitor to its property this August. Craig Ballantyne, the casinos brand’s president in a recent press event said that their temporary Limassol casino, as well as their satellite casinos in Larnaca International Airport and Nicosia, have in the past welcomed over 880,000 visitors from when the first of its three facilities started operating in June 2018.

He expressed that its temporary casino in Limassol received approximately 710, 000 visits in 2018 alone. Nicosia casino, on the other hand, recorded approximately 130000 visits while the Larnaca casino recording 40, 000.

Limassol casino was established in June the 28th, 2018 and it was the first-ever legal casino across the Republic of Cyprus. This property remains operational amid the development of a larger integrated casino resort, City of Dreams Mediterranean just nearby.

The casino is set to open its doors in late 20121. The two satellite casinos in Larnaca and Nicosia were launched in December 2018. There is also a third casino under construction in Ayia Napa and is projected to open its doors on July 2019, while another facility is set to cut its ribbons by the end of this year, in Paphos. This is one of the most notable casinos in the country.