The United States continues to experience an uncontrollable spread of coronavirus with more than 70 people reported dead in a span of two weeks. 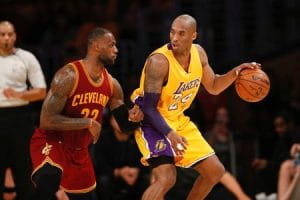 As Trump’s government steps up action to combat the virus by a declaring a state of emergency across all the states, the sporting sector faces an uncertain future as matches and tournaments are cancelled.

National Basketball Association hurriedly suspended all its matches, training and charity activities after one of its players tested positive to covid-19 before a match on Wednesday 11th March.

The anonymous player from Utah Jazz was confirmed positive on Wednesday moments before their match in Oklahoma City.

The suspension took immediate effect with the cancellation of a late kickoff match between Sacramento Kings and New Orleans Pelicans despite the statement reading Thursday as the official suspension start.

“The N.B.A. will use this hiatus to determine next steps for moving forward in regard to the coronavirus pandemic,” the league said in its statement Wednesday night.

“The individual’s symptoms diminished over the course of today, however in a precautionary measure, and in consultation and cooperation with N.B.A. medical staff and Oklahoma health officials, the decision was made to test for Covid-19,” the Jazz said in the statement, using the term for the disease caused by the virus.

The NBA has had a rickety season and the corona nightmare makes it worse. The League has had a continuous conflict with the Chinese government which has seen a drastic drop in revenue. The ripple effect of the suspension will greatly affect teams by creating funding gaps which will paralyze running of the league and the teams.

National Hockey League was officially suspended on Thursday afternoon in a press statement read by the commissioner Gary Bettman.

“In light of ongoing developments resulting from the coronavirus, and after consulting with medical experts and convening a conference call of the Board of Governors, the National Hockey League is announcing today that it will pause the 2019-20 season beginning with tonight’s games,” Gary Bettman said in a statement on Thursday.

The players praised the move terming it as “an appropriate course of action at this time.” “It now seems more likely that some member of the NHL community would test positive at some point,” Bettman said. “It is no longer appropriate to try to continue to play games at this time.”

Additionally, the NHL advised the team to cancel all the scheduled meetings and training until the situation is brought under control.

“Given the uncertainty regarding next steps regarding the coronavirus, clubs are advised not to conduct morning skates or team meetings today,” read a tweet on NHL’s tweeter handle.

Bettman promised the fans and players that NHL will resume as soon as it is safe to do so. Many NHL participants share their training grounds with NBA teams.

Other sporting activities including skating, indoor games and races have been put by a halt after the declaration of a state of emergency by President Donald Trump. It is unclear when sports will resume normalcy.