Reports early Monday the 9th of March 2020 had it that casino gambling will be legal across several cities of the Commonwealth. The House of Delegates in Virginia passed a bill legalizing casino gambling in the cities of Portsmouth, Richmond, Norfolk, Danville, and Bristol. 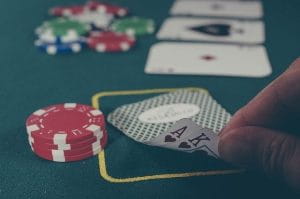 According to the report, the casinos will be regulated by the Virginia Lottery Board. The senate conference vote was held on Saturday 7th March and the bill passed with 27 votes to 12. The bill (HB 4) was later approved by the house on Sunday.

The bill was proposed by member of the Virginia State Senate, Senator Louise Lucas. The Senator opined that the casinos will have a massive economic impact on the cities that will host them.

“We have fought for casinos for over 20 years. Each of the localities will get a percentage of the revenue that will come from the casinos,” she remarked. She went on to add, “These additional revenue streams can be used to generate funds for the education and transport sectors, just to name a few. They can also use it for a lot of other things such as teacher salary increases and thus giving our communities a much-needed boost.”

Following the reports, the Pamunkey Indian tribe was quick to state its plan of building a world-class resort and casino in Norfolk. This, they stated, would bring an end to the disenfranchisement and social injustices they have been subjected to as a community for centuries.

“The Pamunkey Tribe is eager to move forward with its plans to build a world-class state of the art resort and casino in Norfolk. We are also ready to respond to Richmond’s request for proposals to bring a casino to the River City,” reads a statement from the tribe’s spokesman, Jay Smith, following the legalization of casino gambling. The statement went on to further read, “After centuries of disenfranchisement and social injustices, the Pamunkey Tribe is on the verge of ensuring the long-term success of the tribe. Our plan to build two resorts and casinos will allow us to provide the much-needed programs and services to our members.”

The statement also confirmed that the tribe will keep their profits in Virginia through local reinvestment. This, they stated, will provide a host of benefits to the future generations of the regions of the Commonwealth.

According to the bill, each eligible city will be required to hold a referendum questioning whether to allow casino gaming. The referendum will be held during the general elections in November 2020.

“My team will be prepared for the referendum. We have to go out and make sure that we do our marketing piece so that people understand what’s coming,” remarked Senator Lucas.

The bill also proposed a two-tier tax structure with taxes ranging from 15 to 28 percent of the adjusted gross licensees’ receipts. The disbursement of tax revenues will depend on receipts that will be based on the amount of capital investment that a licensee will make in a casino gambling establishment.