Dial Says PCA Should Pay Taxes on Its Revenue

A tribe in Alabama that operates three Native American casinos within the state stated their opinion that it should not be required to pay taxes on gaming revenue. The Poarch Band of Creek Indians (PBCI) at a current moment does not pay tax on its gross gaming revenue generated in their 3 casinos: Wind Creek Montgomery, Wind Creek Wetumpka, and Wind Creek Atmore. PBCI has been condemned by a group called Poarch Creek Accountability Now (PCAN) for not paying taxes on its gross revenue. 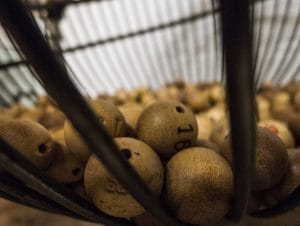 Former Alabama Senator Gerald Dial is the one who is in charge of the group refused to reveal who is funding its campaign. According to former Senator Dial, the issue is not who is funding their campaign, but the fact that PBCI is taking money from the state and investing it in gambling locations outside the state.

To support his claim Dial pointed out that Wind Creek Hospitality, the tribe’s gaming unit, just a while ago bought Sands casino resort in the state of Pennsylvania for $ 1.3 billion. He also added that tribes are not willing to sit down and compromise on doing some kind of issue that would help them resolve the whole problem and pay some state taxes.

The tribe is not required to share its gaming revenue with the state due to the fact that its casinos are not located on sovereign land. Wind Creek casinos are located in three different locations in Alabama and are considered to be Class II gaming facilities that in other words means that they do not own house-banked table games and slot machines.

Just a few days ago the tribes released its “Winning for Alabama” plan and expressed its support for legislation that would require a “clean, traditional lottery”. Nevertheless, in order to share 25 percent of its gaming revenue with Alabama, the tribe is asking for authorization to build two new gaming resorts where they could offer a sportsbook and blackjack crap.

On top of that, the tribe stated that it would give the state over $225 million to the government if Alabama is willing to give PBCI a gaming exclusivity and a chance to enter into a Class III compact for table games and slots at all its locations.

“We estimate this plan would provide revenues of more than $1 billion after the first year. This $1 billion consists of $725 million from license fees and compact exclusivity, and nearly $375 million in annual taxes from new development and revenue share on Class III games at existing sites.” – stated PBCI in their winning proposal for the state of Alabama.

Alabama Is One of the Four States Without Lottery

Despite Alabama, there are 4 other states in the United States that do not have a lottery. Those states are Hawaii, Nevada, Utah, and Alaska.

The tribe willing to help the state achieve a clean and traditional lottery is their way to oppose lottery gaming devices being allowed at Alabama’s greyhound racetracks as PBCI is concerned that it will push the poach away from their own terminals.