Kansspelautoriteit (KSA) the Dutch gambling regulator has aimed their focus on tackling illegal games of chance come 2020. To combat the issue, they are aiming to join hands and work with the local authorities to fight the issue. On 35 different occasions in 2019, the KSA aided municipalities and the police with specialist support. This time the regulator has set an aim of supporting the authorities at least 50 times in 2020. 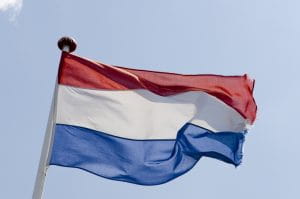 The KSA said that it can help by providing expert reports to help in investigations as well as advise authorities on how to prepare checks for illegal gaming activities. In addition, they regulator is making plans of sending out its own inspectors to support officers.

In a statement by the KSA, they said that as a supervisor the regulator has the expertise to recognize illegal games of chance such as illegal poker tournaments or in the form of gambling columns. The regulator can be contacted directly by the authorities that wish to work with the KSA or would like to have access to supporting information on illegal games of chance.

When playing gaming machines than other forms of gambling, Dutch customers are more likely to encounter some problems with gambling. This is according to results of a joint report that was published by the KSA and a self-help organization AGOG. In other findings it was found out that one-third of players gambled two to three times per week on average, while a quarter gambled on a daily basis.

Previously known as ESSA, The International Betting Integrity Association (IBIA) has entered into a betting integrity agreement with MGA (Malta Gaming Authority). The Memorandum of Understanding that was launched in august establishes a formal arrangement between the MGA’s sports integrity unit and the IBIA. Its aim is to increase focus and resources dedicated to preventing sporting events manipulation.

Antonio Zerafa, MGA sports integrity officer said that the MGA has made the fight against the manipulation of sports competitions an integral part of its regulatory and licensing policy. Zerafa added that, in order to succeed it is critical to work in partnership with other stake holders especially betting operators.

Khalid Ali, who is the chief executive at IBIA, said that IBIA and its members bring a wealth of market and consumer data that will undoubtedly serve to significantly strengthen the information and intelligence gathering ability of the unit.

The chief executive also added that, the creation of the Sports Integrity Unit and its focus on tackling match-fixing is a very welcome move and that they are delighted to have reached the agreement with the MGA.

The establishment of the unit earlier this year, with the aim of utilizing it to gather information and intelligence relating to suspicious betting. It will also serve as a liaison with both foreign and national regulatory authorities, sporting bodies, gaming operators, and even law enforcement agencies to investigate activity.

The unit also intends to work with other MGA divisions to implement policy initiatives such as signing cooperation agreements with other bodies that are focused on tackling corruption in sport.