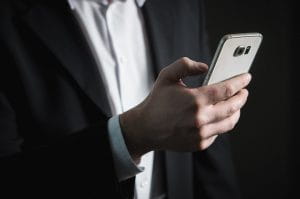 Intralot was planned to be the sports betting operator which received a no-bid $215 million contract which according to Carragher’s legal team the bid was granted illegally. In the sue, they stated that the Washington D.C government “violated the District of Columbia and federal law regarding proper government contract procurement procedures in an effort to spare Intralot from market competition.”

On the other hand, city high-ranking official wrote a D.C. City Councilmember that the contract is compliant and therefore it has been repeatedly denied.

For that purpose, when taken into consideration the initial scheduling conference won’t be heard until December 20 indicating that most likely there won’t be any substantial action regarding the suit at least for a few months.

Nevertheless, the controversy regarding the sports betting in Washington D.C. isn’t really anything new. Even before it was legalized gaming industry officials, government watchdogs, third-party vendors, and some Councilmembers have questioned the sports betting rollout while the state’s elected official advanced the concept of sports betting more quickly than most of all the states with legal wagering.

The authorization bill was officially supported in late 2018 by Mayor Muriel Bowser and the vast majority of the City council.

Many Other Controversies Are Following Washington D.C.’s Sports Betting Industry

On top of that DeWitt, who as CFO has the authority to oversee the District Lottery, already had a long-term collaboration with Intralot and had even previously hired an Intralot lobbyist in his business consulting firm for which Evans demands his resignation.

As if that was not enough already, the things escalated when it was revealed that Intralot that Intralot partially subcontracted its new contract to a District business without workers to then list another subcontract employee as an executive. DC law, on the other hand, requires large contract recipients to submit some of the work to DC business which is another reason why councilmembers began questioning whether the contract awarding process was really legal or not.

On top of that, the structure of the bill was a matter of controversy as it contained a de facto monopoly for Intralot as the city’s approved operator which has the capability to reduce the market’s potential and to crush the competition.

Nevertheless, if everything goes well and all this controversy is being solved it is expected that Washington D.C. will have at least one mobile sports betting app available all across the District and other minor competing apps, as well as, multiple sportsbooks within important sports venues.