This year seems to be ruthless for the sports bettors and fantasy sports players in Louisiana. After raising high hopes and expectations for the bills to pass into legislation, the legislature failed to approve both activities. The citizens of the state are now on the waiting list for at least two more years. 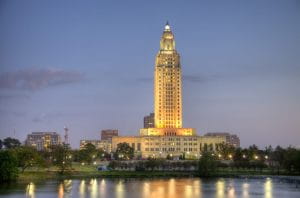 After the approval of the online fantasy sports by the state voters last November, the policymakers decided to pass legislation in order to implement the will of the state’s residents. The referendum was thought to aid the position of the state voters and put the odds on their side by the end of 2019. Last year,47 parishes voted for legal fantasy sports and mobile betting. People were optimistic and expecting the games to be ready to go by for the next football season.

Expect the unexpected by the Senate representatives

After an unexpected turn of events at the end of the legislative session the bill failed to pass due to discrepancy between the opposing sides. Senator Danny Martiny clearly stated his disagreement by running out the clock at the podium out of anger that his bid to also allow betting on real sports had failed. His discontentment was directed to the House members who rejected the bill’s amendments. For The Shreveport Times, Danny Martiny gave the following statement, “I don’t think this is the way you do business and I don’t like the way that I was treated. I would feel the same way if any of my colleagues were treated this way.” After rejecting his bill which sided the online sports betting he also decided not to sign the proposal report allowing the DFS. Martiny opposed against the voters of the 46 parishes by not letting them have their choice.

His opponent on the other hand, representative Kirk Talbot sponsoring the fantasy sports bill, almost had his way as the Senate had nearly approved the bill before the fiasco happened. Talbot’s legislature would’ve set up the regulatory and taxation framework for fantasy sports. This is a game that allows sports supporters, using computers and smartphones, to create teams of players from various sports, pay an entry fee and pursue cash prizes based on how those players perform in real games. Due to a personal war by Martiny, the fantasy sport proposal didn’t pass either. Talbot’s disappointment seemed immense, especially when he got the majority votes from the parishes.

It all comes down to waiting few more years, at least that’s what everyone’s hoping for. At the end of the day competition it’s all there is about. Some of the most effective opposition to new or gambling in the state comes not from true gambling opponents but from within their own ranks. Everyone worries and competes against someone. Every new form of gambling could be seen as a threat to a prevailing one. If anyone looked to lose business to fantasy sports, it was the people devoted to machines at bars, restaurants and truck stops. No one wants to be left behind and moreover laughed at. At least that’s what Talbot thinks referring to the rejection of his proposal.