Formula 1 – Racing to the Top

The world’s leading motor racing competition, Formula 1 is to sign an agreement and join the online games through sponsorship with Interregional Sports Group (ISG) and Sportradar. From this coalition will emerge new and innovative sports wagering possibility which will allow new in- play betting, giving fans other ways to engage in the event. 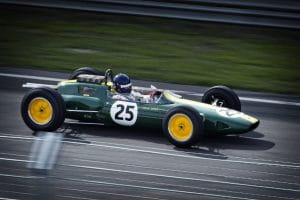 A racing car on a racetrack © Pexels/Pixabay

Sportradar is an international organization which focuses on sports data collection and analysis on multinational level. Using data entirely taken from the tracks from race weekends Sportradar will offer 30 new markets during qualifying and on race day. This will be further developed in other similar betting markets, too. As part of the deal, Sportradar’s Live Odds team have already employed F1 historical data which will help in creating new Live Odds models expected to be launched in 2020 at the Australian Grand Prix.

The world’s leading Integrity Services and their anti-fraud detection will play an immense part in the partnership by protecting the sport from possible damage. David Lampitt, the managing director of sports associations in Sportradar said: “…This partnership enables us to roll out enhanced data-driven products, which will provide additional betting opportunities both prior to and during live races, creating the most comprehensive offering available anywhere.”

ISG and its Position

ISG or Interregional Sports Group is mainly focused on global media sports. The company focuses on regionalizing broadcast technology and strategies. This agreement with F1 was finalized after ISG launched a free betting game that is part of its official association with Formula 1. The game will use the data collected and distributed by its new partner Sportradar. Furthermore, you can sublicense the betting association rights so that they are used by gaming brands worldwide. Tony Regan, the Joint Executive Chairman said:” Across the ISG Group we enhance rights holder and brand relationships using our expertise in technology, unique content development and comprehensive activation programs.

Formula 1 has become one of the world’s most popular sports with a large number of followers worldwide. The foundation of F1 is laid back in the 1950’s as the first championship took place. The word “formula” introduces the set of rules which all participants must follow. Grand Prix is the championship which consists of the series of races held on circuits or on public roads all over the world. The bettors in F1 can put wagers on the either on the result of the championship or on a single race. The punter can predict which driver will win the championship at the Grand Prix or which one will finish in the first 6 or in the first 3 over the end of the season.

The popularity of the sport has made a major merchandising environment resulting in large profits, investments and sponsors. Partnering with the most prominent names in the online gaming industry, F1 will hugely benefit from the agreement and expand their business on larger scales.

Sean Bratches, the managing director of Commercial Operations in Formula 1 said: “We are very excited to work with ISG and Sportradar to make the most of the data generated with each Grand Prix. Sportradar is the world leader in data distribution and shares our passion to make F1 an important player in this field.”