Video Game Loot Boxes: New Laws by the US Government?

Loot boxes have been in the video game industry for a long time, as studios use it to make extra money. They give players a chance to win valuable items in games, but lawmakers and parents are against this move, as they believe it is the same as gambling. Taking a look at loot boxes, it is easy to understand why people look at it the same way they do as placing bets. In gambling, players have to wager on an event, whose outcome is uncertain. Similarly, loot boxes require users to spend money, which gives them a chance to win something which has value in the video game. As a result, regulators from all over the world, including the United States, are looking to take action against them. Netherlands and Belgium already banned loot boxes present in video games. Electronic Arts (EA) had to defend their practice of using loot boxes in the UK’s Parliament. 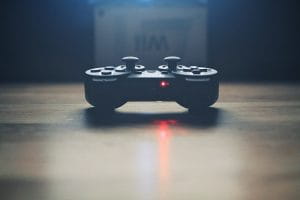 Will loot boxes be the bane of the video game industry?

Senator Josh Hawley, introduced a proposal known as The Protecting Children from Abusive Games Act in May 2019. The aim was to bring regulation to loot box sales and pay-to-win microtransactions, which exist in a variety of video games.

Hawley wants the video game industry to be honest about their practices and the role it plays in increasing addiction among children. In 2017, a Hawaiian state politician proposed legislation, which was similar to Hawley’s new bill.

In the bill, it is clear that it is targeting video games designed for minors. However, the definition of minors isn’t clear as it can be individuals under the age of 18. Another interpretation would be that the game developers are aware that they have users below the age of 18.

If the bill passes, it will bring about significant changes in the video game industry in America. Studios can no longer rely on using loot boxes as part of their business model to generate revenue, which is a common practice.

The bill consists of 18 pages and goes into great length to describe the definition of loot boxes and how it affects the younger audiences. If the proposal gains the necessary traction, it will reach the Senate, who will determine whether they pass it or not.

He asked the co-sponsors of the bill to work with the video game industry to bring awareness to the tools that are in place. Stanley stated that these mechanisms will ensure that video-game spending and will be under the control of the parents, instead of the government.

Strauss Zelnick, the CEO of Take-Two Interactive, stated the following in an interview with Business Insider “Gambling is quite different. The money comes in for entertainment and doesn’t go back out.”

Phil Spencer, a board member of ESA, stated that they want to educate the legislators in several key areas about video games. He believes that the proposal’s definition is quite broad, despite using specific terminology.

It isn’t the first time the video game industry had to introduce legislation. Due to significant amounts of violence in specific games, ESA created a rating system.

Zelnick believes that the bill won’t go through, as America has the First Amendment. He stated that the government wouldn’t take action against the monetization practices of game studios.

Although the video game industry is against the move, they will have to comply with the law, if the bill passes successfully.