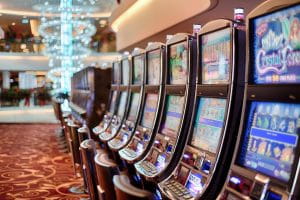 Germany’s Interwetten users had a reason to smile after the company reinstated PayPal as a payment option on 11th December. The company had stripped off PayPal from the payments option lists in October following what the operator termed as ‘conflict of interest’ with politicians. “Interwetten is one of the few Germany-based companies that offer PayPal as a payment option in the country,” stated the press release.

50% of global online gambling revenue comes from Europe. Well, according to the latest report from the European Gaming and Betting Association (EGBA), the revenue skyrocketed by an 11% year-on-year representing a 22.2 billion Euros growth in 2018. Additionally, online gambling was the largest gambling revenue contributor accounting for 23.2% which is a 2.2% increase from the previous year. The research was done with collaboration with H2 Gambling Capital.

In 2018, New Jersey online Gambling created 1,851 new jobs, according to the report published by iDevelopement and Economic Association (iDEA). Additionally, the sector brought in $53.3 million in taxes for the state in 2018 alone.

The report further stated that the NJ’s Online Gambling sector had created more than 6,500 jobs since its inception in 2013. During the elevated span of 5 successful years under local operation, the sector has typically earned the state $259.3 million in local taxes and paid more than $40.1 million worth in wages.

New Jersey’s iGaming Industry represents an epitome of success in consumer protection through the introduction of a regulated gambling environment and doing away with the grey market. According to Jeff Ifrah, founder of IDEA Growth, a regulated environment and consumer-friendly regulations wins more in the Gambling sector. He further attests that the advancement in technology which led to mobile phone betting apps has contributed to an 80% increase in online gambling.

Betsson a Stockholm listed operator has confirmed its venture into the Brazilian gambling sector. This was after it had acquired a whopping 75% of Suaposta, a sportsbook operator, despite the bill on the countries sportsbook gambling regulations being in the parliamentary review stage.

Suaposta is the only licensed company in the Brazilian market. Betsson targets the large Brazilian gambling market and hopes that the re-regulation of sportsbooks sector will be favorable. Suaposta was relaunched in 2018 and has since then partnered with the Rio Grande do Sul Jockey Club. The company will nevertheless hold the remaining 25% of the brand and its founders will continue operating the business.

“We are delighted to announce this agreement with Betsson Group, who are ideally positioned to enable our business to realize its full potential in the newly regulated Brazilian market,” CEO Gelfi communicated. “We are hugely indebted for the role Partis carry out in bringing this transaction together,” he added.

EveryMatrix, a reputable iGaming software developer and white label solutions dispenser has ultimately been granted a green light to dispense its most recent innovation in Spain; the CasinoEngine and productivity Platform.

This innovation aims at simplifying the processes around content aggregation which will assist operators to venture into the Spanish gambling market. The company targets online casino operators such as Norsk Tipping, Tipico and Wunderino as prospective clients.

The company’s chief commercial officer Stian Hornsletten had this to say “Our casino product is ready to be offered to operators in one of the fastest-growing markets in Europe, and this is a fantastic development for CasinoEngine, allowing us to strengthen our presence in Europe and unlock new opportunities for online operators.”

Spain will be the sixth country to license the EveryMatrix’s CasinoEngine after Norway, Sweden, Georgia, Lithuania, Armenia and Germany’s Schleswig-Holstein.