Gamblers in Kenya could face a new ten per cent tax if proposals put forward by the national government this week are implemented. 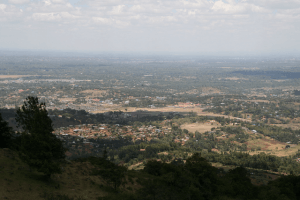 Nairobi is home to a thriving gambling industry

The proposals to introduce a ten percent excise duty on all bets were announced by Henry Rotich, the National Treasury Cabinet Secretary in his Budget statement to the Kenyan Parliament. Mr Rotich said that the measures would help to tackle problem gambling in the country, which he says has particularly affected the young and the vulnerable in Kenyan society.

According to Mr Rotich, the bill to implement the new gambling tax will be introduced alongside the recently announced bill Gaming Bill, which seeks to overhaul the country’s gambling industry. It also follows a prolonged period of uncertainty for Kenyan gamblers, with several changes to the gambling tax regime over recent months.

Although gambling was illegal in Kenya prior to 1966, in the years since the passing of the Betting, Lotteries and Gaming Act of that year, the country has developed one of the most advanced gambling industries in Africa and has been at the forefront of online gambling in the continent.

Until now there has been minimal restrictions on Kenyan citizens’ freedom to gamble online, with UK-based gambling sites proving particularly popular in the largely English-speaking nation, and as one of the most advanced economies in Africa, Kenyans tend to have more leisure time and available money to gamble with than their neighbours in Ethiopia, Sudan or Somalia.

The wide uptake of online technology is another factor in encouraging online gambling. Aside from the 6.5 million people in the capital Nairobi, most of the nation’s population is dispersed over a vast area, which has encouraged the development of some of the continent’s fastest internet services, in turn making internet gambling a more practical option than visiting a casino or retail sportsbook.

But the spread of online gambling has also raised concerns over the potential social impact of underage exposure to gambling and the wider problem of gambling addiction.

It is these concerns, along with a desire to update the nation’s gaming framework that led to the development of the proposed Gaming Bill 2019, which was brought forward earlier this month. The Bill is designed to be a replacement for the 1966 Act and aims to overhaul Kenya’s current gambling laws to properly regulate the online industry, while imposing extra costs on operators.

Among the proposals in the Bill is a plan to introduce much stricter controls on the way that licensed gambling operators can advertise their services. All television gambling adverts will be banned between the hours of 06:00 and 22:00, although there will be an exemption for adverts shown during lives sports broadcasts. Gambling operators will also be required to devote a minimum of ten per cent of their advertising airtime to promoting responsible gambling.

The government has also proposed a new Gaming Advertisement Tax of 35 percent on all gaming advertisements, although they have yet to clarify whether operators or television companies will be responsible for paying this tax, and what the funds raised will be used for.

And to replace the existing regulatory authority, the Betting and Licensing Control Board, which has overseen gambling in Kenya since the 1960s, the government has proposed the creation of a National Gaming Authority, along with a Gaming Appeals Tribunal to handle gaming disputes.

While many politicians and anti-gambling campaigners in Kenya will welcome many of the reforms, it remains to be seen what effect the new gambling tax will have on the country’s multi-million-dollar gaming industry, which remains an important source of government revenue.