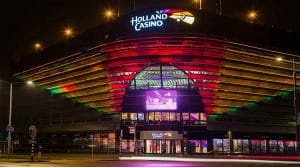 So, don’t expect to play online from a KSA-licensed operator anytime soon. If all goes smoothly, the first operators will be available for deposit, betting, and withdrawing winnings as late as January of 2021. And since that’s the earliest possible date, it could be a longer waiting period as time moves forward.

The History of Legal Gambling in The Netherlands

Since the passage of the Dutch Gambling Act of 1964, legal gambling in the Netherlands has been restricted to state-owned, land-based operators. Then, in 2016, the lower house of the Dutch Parliament approved the Remote Gambling Bill. Finally, after three years of delay, the Dutch Senate approved the bill, marking the beginning of legal online gambling in Holland.

But this new rollout is still in its earliest phase, wherein interested operators are invited to express their interest in a license via an online form.

Who Will Enter The Online Gambling Region?

The list of the 79 interested operators were not disclosed. However, Holland Casino, a state-owned gambling company that currently operates fourteen brick-and-mortar casinos, announced that they submitted a form. Further, they’re currently headhunting potential candidates to assume the role of making the transition to online gaming.

Although, gamblers in the Netherlands should not expect to see any other brick-and-mortar casinos in the near future other than Holland Casino. Even the privatization of Holland Casino was delayed due to the Dutch Parliament’s fear of complicating the already slow process of online casino regulation.

But once the online gaming legislation has been rolled out, the privatization of Holland Casino is more likely to occur, which means additional physical casinos could enter the region. Holland Casino isn’t alone on the Dutch state-run monopoly front either. De Lotto is the only provider of sports betting in any form other than horseracing, which is monopolized by Scientific Games Racing B.V.

Online casino operators hoping to become licensed by the KSA should expect a 29% revenue tax, the same as the tax imposed on brick-and-mortar operators.

Why the Netherlands Market Is So Exciting?

Even with a monopolized casino industry, Holland has the 15th largest gambling market in the world as of 2015. It’s likely no coincidence that the Netherlands is also the 16th country in the world too.

Furthermore, enforcement of offshore casino operators that accept Dutch players has become increasingly lax for the better part of the decade. Here’s the background: in 2006, Holland Casino was given an online gambling license. But within a year, their license renewal was denied, and lawmakers attempted to come up with better ways to crack down on online gaming despite Dutch citizens playing at offshore providers undeterred by the laws. This was especially true when banks denied the courts’ request to reject transactions related to online betting.

By the time 2013 rolled around and it was announced that legislation would be passed to create a legal online gaming market, the enforcement officially took a lower priority. This means that, first, existing licensees have data and analytics specific to the Netherlandic market. Currently, people in the Netherlands have close to 500 unlicensed operators to choose from.

Second, the lengthy approval process is giving operators a wide window to optimize their offerings for the Dutch market. This includes culturally specific casino games, sportsbook markets, and promotions. It also gives them plenty of time to translate their pages to Dutch.

Lastly, the Dutch economy is growing. The work income of the population is 186 billion euros, and the disposable income is expected to grow by 2.1 per cent or more.