The French Senate recently approved the Budget Bill 2020 which seeks to amend the mode of calculating gambling tax from turnover-based mode to Gross Gaming Revenue (GGR) mode. The fate of the Bill now lies in the hands of the French National Assembly, where it awaits ratification before the budget can become law. 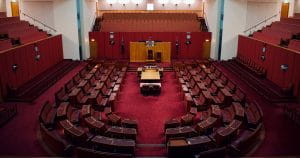 The change to the tax calculations process introduces a new amendment to the tax rates. According to the bill, online horse race betting tax will shift to 19.9% of the GGR, while the rates for online sports betting will be 33.8% and 36.7% for online poker.

The social security payments did not survive the cut. The fees will now be made based on the revenue rather than turnover. These introduce new rates as follows; online poker’s security tax rates will be 4.1% while for online sports betting and horse race betting will be 10.7% and 6.8%, respectively.

To boost the National Center for the Development of Sport (NCDS)funding, a new levy of 10.7% will be charged on the online sports betting industry.

As it stands, the combined taxations for various sports will be 37.7% for horse races, 55.5% for online sports, and 40.8% for online poker while retail sports betting will pay 44.5 % of GGR. These new rates are significantly different from the previous rates which were based on the money staked by players. Previously, the horse race betting had rates of 13.2%, sports betting, online poker, and retail sports were charged 9.3%, 2%, and 7.15, respectively.

The Senate expressed their satisfaction with the new rates by saying’, “In recent years, several reports have highlighted the binding effect of the levy on players’ stakes and not on GGR. “[Online gambling regulator] ARJEL thus notes, in its 2015-2016 activity report, that ‘the tax on stakes is too burdensome, and prevents the balanced development of this market.”

Furthermore, the senate clarified that the state can now share the spoils from gambling with the operators. Additionally, the new rate shifts the burden from the operators to the players as the initial turnover rates targeted the operators rather than the players.

The Senate spokesperson explained that the new measures were reached after a comprehensive consultation with experts and operators, “The report of the Court of Auditors of October 2016 on the evaluation of the regulation of the games confirmed that the French taxation was heavy because of this choice of base on the bets, especially as the rates are high.

“The report believes that it would be questionable to continue to use as a base the bets that only pass through the operator, rather than being held as revenue. Thus, ARJEL and the Court of Auditors propose to change the tax base to GGR.”

Casino poker will also be taxed €1 per hand, according to the new report. This will increase the viability of the operators.

The new tax rates are set to increase the tax returns from the gambling industry by several billion Euros.

The Dutch-owned Holland Casino has re-elected Erwin Van Lambaart as the CEO.

Erwin is set to start the new term in March 2020 and will last for four years. Erwin secured a recommendation from the Holland supervisory board, and the Ministry of Finance made a quick approval of it.

Van Laambart, who has been at the mantle since 2016, received a ton of praises from the Board’s chair, Willem Brocker, who stated that Lambaart had seen the company through some ‘turbulent times.’

“With the reappointment of Erwin van Lambaart, we ensure the continuity of Holland Casino’s successful strategy,” Bröcker said.

“In recent years, he has steered the company through turbulent times in a convincing manner and has ensured stability within the company.”