GVC Moves Back to The UK

GVC is set to relocate into the UK from its Isle of Mane base. This is after its shareholders voted for the move. From the 481,464,490 votes cast, 99.98% voted for the move with only 107,000 voting against. The election was conducted in an emergency General Meeting held by the Ladbrokes Coral owned Company.

The move comes as the company seeks to improve its service provision efficiency to its clients, despite posting a 13% increase in growth of the online games last year. 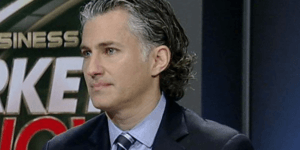 Macau has reported 10 confirmed cases of Coronavirus thus far. In line with the same, all casinos are to be closed for two weeks in an attempt to contain the deadly virus. One of the confirmed cases is a worker at one of the casinos prompting the action. The deadly virus continues to wreak havoc in Wuhan city of China with death toll hitting 800 people and 20.000 more people reportedly infected by the disease.

Macau, just like all Asian countries has witnessed a drastic drop in the number of tourists as nations impose travel restrictions in an effort to contain the spread of the virus. Ho Iat-Seng, the Chief Executive of Macau, said:

“This is a difficult decision, but we have to do it, for the health of our Macau residents.”

Macau and Hong Kong still have open travel with Mainland China but the residents have been advised to remain indoors.

The head of National Health Services (NHS) has written to different betting firms warning them against promoting acts of gambling. Ms. Murdoch, in her letter to Bet Fred, Bet365, Flutter and William Hill, expressed her determination to make the gambling industry a safer entertainment sector and seeks support from top betting companies. The move comes after many gambling addicts opened up to BBC News Agency on how they felt being ‘groomed’ for gambling. In her statement, Ms. Murdoch said:

“I am concerned that offering people who are losing vast sums of money… free tickets, VIP experiences, and free bets, all proactively prompt people back into the vicious gambling cycle which many want to escape.”

The veteran nurse with more than 30 years’ experience, Ms. Murdoch said she had “seen first-hand the devastating impact on the mental wellbeing of addiction”.

“The gambling industry has a responsibility to prevent the occasional flutter turning into a dangerous habit,” Ms. Murdoch specifically rebuked firms that offer incentives to players to encourage them to place bets. These incentives include free tickets to matches, free hospitality access and free bets. Additionally, she categorically pointed out that betting companies should stop streaming matches to prevent helpless addicts from building up matches they cannot afford.

The Art of Grooming

In an interview published on BBC, James Grimes, a recovering gambling addict narrates how he lost over $100,000 after being groomed as a VIP gambler.

“The promotions, the practices and the products over the past few years have caused a public health crisis,” he told the BBC’s Victoria Derbyshire programme.

“I was groomed with VIP schemes and free tickets to football matches – it normalised the relationship between football and gambling. It is now time for urgent change to protect people.”

Ms Murdoch also pointed out devious ways through which firms porch for unsuspecting victims, one of the ways is being through football sponsorships, she said:

“The links between the sporting industry and gambling are deeply disturbing, and the tactics used by some firms are shameful.”

“It is high time sporting bodies get back to their roots and start focussing on fans and families enjoying watching their heroes play, rather than allowing firms to hijack sport in pursuit of profit.”