One person’s loss is another person’s profit. That’s life in the gambling world. While gambling is one business that is looked down upon, it is also accepted worldwide. Every country, every state or say, every person has gambled at least once in his life for ‘Life is a gamble.’ It is not easy to govern a country, let alone a continent. While the residents of the UK can legally enjoy a certain kind of gambling, the same may not apply to other countries that also include self-governing nations. There are laws and regulations in place that control the gambling industries in Europe. 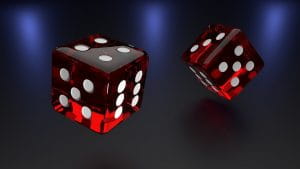 Rolling dice can change your fate; it can either make you or break you. © Pixabay.

Europe is bigger than the EU alone. It includes other self-governing nations that makes keeping up with gambling laws a challenge. There are several jurisdictions within Europe. These jurisdictions either follow rules and regulations implemented by them or tie up with the European Union. Some of the Jurisdictions include:

European Gambling and Betting Association or EGBA is a new organization which is responsible for fair and regulated gambling in Europe. It is a Brussels based organization which was formerly known as the European Betting Association. The EGBA is formed in an attempt to make gambling in Europe safer for everyone. Though EGBS does not have many members at present, it is taking several vital steps to ensure safe gambling for all.

For instance, in France, three organizations govern gambling of three different types; Online gambling, lotteries and games, and horse racing. Online gambling is legal only in some regions of France. This initiative was taken in cooperation with EU laws and regulations.

Every country has different laws that govern the gambling industry. The laws and regulations of gambling change based on what the country believes is the best for its residents.